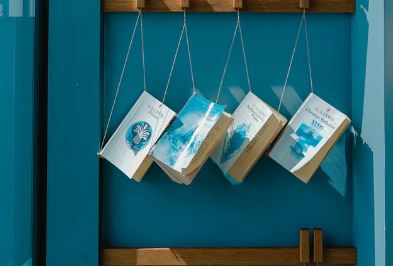 Literature is an art of written works, either prose or poetry. I was introduced to books ever since I was just three. Back then, literature was nothing but a story or a collection of ‘stories for me. It has held a significant part in my life. Reading “Harry Potter,” “Amelia’s notebook,” and “Chrysanthemum” brings great joy to my heart and a sense of nostalgia. Literature has transcended age and time since then. A lot has changed about literature with time except one thing: I still go to bed only after perusing a book. It has become a night-time regime for me. Since I have reminisced on my favourite childhood past-time, it hits me hard how literature has cut across cultures, religions, regions, ages, and times. Although it still is an essential part of everyone’s life, its relevance has changed through the years especially with the evolving culture yet its impact is intact. How and why? Let’s see:

The influence of literature in modern culture is indisputable. Literature acts both as a mirror and reflection of altering societies and changing cultures. Books like “Homodeus,” “A cultural history of the modern age,” “The Namesake,” and “Guns, Germs, and Steel” are great examples of reflections of the author’s opinions and feelings on various factors touching upon the cultural angle.

Literature roves the readers into the parallel worlds of love, magic, peace, conflict, and quietude. It is indeed a mirror of self that helps us escape into the past and future. Ever since its emergence in the 15th century, it has entertained the audience by reflecting on the battle we fought and the internal battles we are still fighting, the hearts that broke, and the lessons we have learnt.

With cultural assimilation and debased cultures, literature provides a peek into the bright past the world has been. In the modern culture, books like “Shiva Trilogy” and “The palace of illusions” prompt us to look beyond the river of present-day culture and serve as good conversation strikers that help expansion of knowledge and flow of ideas, thoughts, and opinions on our true forms of culture that prevailed intact in ancient times.

Across a spectrum of fiction to nonfiction, almost all literary works distinguish cultural aspects of the present and the past in different ways. For example, history isn’t just about wars, people, and treaties rather all these are mere products of evolutionary time scale. It helps Gen Z realise and understand the struggle for growth, power, and life. It is essential to learn how the current traditions, cultures, and societal settings came about and the revolutions that shaped the present dynamics. A three-hour-long movie or even a web series cannot cover the depth of cultural history. In that case, literature is the only choice to dive into the antiquity of culture.

Literature constitutes a major part of all cultures. Different countries and communities study books that shape the attitudes and mindsets of children and adults to make them understand how it all played out. It informs, educates, shares, and becomes history in the future. The record of happenings has the power to change the culture and educate the readers about the changes that time has inevitably brought with it to cultures, traditions, and societies.

Culture is a consolidated term defining diverse social norms and behaviour with regards to the beliefs, laws, rituals, and practices of humans belonging to a community. Deliberately or unintentionally, a few common themes of literature collided with these subjects. When a book reflects on culture, tradition, or a ritual, he/she relates to and connects with the literature and develops a perception about the practices surrounding him/her. With the weapon of perceiving the world with a fresh mind, literature continues to force or persuade the reader to reflect on contemporary life. In an era of Netflix and Amazon Prime, literature is probably one of the best choices available to fully indulge one’s mind into the dialogues, opinions and experiences of others.

Web series, films, comics, and magazines are digital mimics of literature. Even though they add action to the words, the authors had already filled life into the pages with their knowledge, opinions, and expressions. Since its emergence in the 15th century, it has remained as both a source of knowledge and entertainment. While the medium of entertainment has been diversified, literature continues to stay and influence the modern-day culture with information that is available only in books but nowhere else (not even in Google). Let me reiterate, literature is an ocean that’s worth immersing yourself in, especially at a time when life has become fast-paced but nothing else and with cultures getting mixed and modernized to suit Instagram reels and Facebook stories. It stays with us forever, in our minds, hearts, and as a part of human existence till eternity until death, because it is superior and remains so as it is the only source that connects past, present, and future in the making with hidden and forgotten truths and unmined ideas and thoughts.

Culture is one of the complex and least focused subjects in literature. However, with the liberalized outlook and embracing attitude on dissenting opinions on culture and religion, it has reiterated the impact of literature in contemporary times.

Literature is the only thing that enables a person to calm down, step back in time, and deliberate upon a human being’s existence while learning the history of earth from the lens of the one who pushed us this far. Literature most frequently touches upon our understanding of culture and enables us to appreciate the smallest things. That’s the power of words; they spark meaning, inject rationale, and educate future generations with the accounts of speeches and words that outlive the speakers and authors themselves.

With the advent of modern media like television, movies, and radio, people are often misled by the quick solutions to every other problem. But, literature is the only thing that reflects on the complexity of the human conflict. For, it is the reflection of humanity that warrants introspection and helps in understanding one another at a time when humans are becoming increasingly detached with thinning regard and significance in the backdrop of growing digital emotions and connections.

If we have piqued your interest, why not let us know what you feel about us in the comment section below.