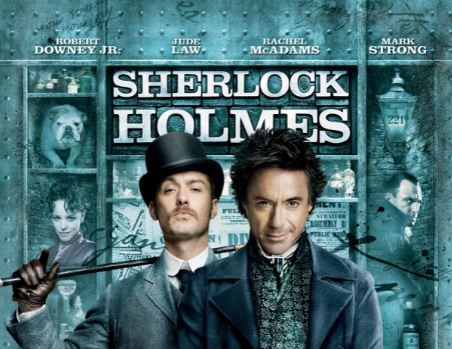 We, the 21st-century folks, rather enjoy indulging in nineteenth-century classics even as we move up the entertainment ladder. Our obsession with vampires has been evoked by Bram Stoker’s “Dracula.” Charles Dickens beefed up the joy of Christmas celebrations. Sir Arthur Conan Doyle’s fictional detective character, Sherlock Holmes, was kept alive with recurring films and TV shows making Sherlock Holmes a protagonist or knitting the entire storyline around this fictional character. From Lieutenant Colombo to Jim Rockford, various fictional detectives did their fair job in grabbing the reader’s attention yet Sherlock Holmes remains to be one dominant character in the history of detective fiction literature. Sherlock Holmes is a significant and well-loved fictional figure to this date more than his creator, Sir Arthur Conan Doyle. This brings us to the question: Why is a fictional character attracting so much attention for more than a century now? What is it so winning about Sherlock Holmes? Why is Sherlock Holmes still relevant despite being emotionally distant? Let’s go back in time and explore:

To understand the charm of Sherlock Holmes, one must witness how the fictional detective has managed to stay relevant through the test of times since his first appearance in the literature. Those were the times of embracing new genres when Sir Conan created his Sherlock Holmes phenomenon in 1886. Yes, Sir Conan has cast the spell of Sherlock Holmes with his first novel back in 1886, over a century now! Sir Arthur Conan was a young struggling Scottish doctor, who used to pass his time in writing fiction. When on one fine day, Sherlock Holmes emerged out of his thoughts; Doyle penned down the first novel, “A Study in Scarlet” and sold it to a publisher for $25.

But, the detective genius wasn’t just limited to his observational skills; rather he was knowledgeable in a multitude of other subjects including law, anatomy, mathematics, chemistry, and literature. These are just a few and his admiration for music and violin stands contrary to the detective traits distinguishing Sherlock Holmes from all the other literary detectives. Sherlock Holmes’ eye-catching physical appearance including his six-feet height, well-built abs, and widespread arms appeals to detective lovers.

Sherlock Holmes confirms to only one popularly believed norm that detectives hold no interest in romance and relationships. Other than that, he has numerous characteristics of a detective to match including his sharp wit, strong body, and logical reasoning. The most important trait that appealed to the audience is his strong ability to find the logic behind every illogical or beyond-imagination situation making him cold and dispassionate. Except for his close associate, roommate, and assistant, Sherlock hardly initiates any conversation with anyone, let alone investigating. He rather likes to observe and deduce the traits and attitudes of his suspects.

As Sherlock Holmes hardly involved in any relationship, he doesn’t hold kind opinions towards women. His sweeping generalizations and shocking deductions about women have thrown him in a bad light as a misogynist but even here, Sherlock had never crossed his boundaries to express his outright dissatisfaction towards his opposite gender. Despite being considered a misogynist, his non-interference and thoughtful stance towards women gained him much admiration and love, which otherwise wouldn’t have been possible, especially in today’s social standards.

Humans by nature are curious beings. Maybe, that’s why thrillers and detective genres dominate all the other literary trends and continue to top the charts as best-selling genres. Sherlock Holmes is no less a curious being; rather an obsessed being, who can’t get over something without deducing the instances and causes of any case. That has made him a successful detective for sure and a much-adored fictional character, in addition. Drugs and detectives are almost synonymous. Well then, how can our Holmes not indulge in some? He does but while it was still legal in England in the 19th century.

Even without deep observations skills, one can easily understand Holmes is neither a perfect detective nor a perfect human being. Yet, he is much adored with all his faults and flaws. Isn’t it surprising to learn that a flawed character is being lionized so much? Well, it’s his flaws that made him a fascinating character. On a first impression, Holmes look more like a computer and less of a human due to his exceptional skills in calculating and observing, his interests in multiple subjects, and his expanded knowledge. For a man like him, who is extremely obsessed with his work, sympathy and emotion are merely abstract ideas. He is cold, unruffled, impassive, and nonchalant, all of the traits that are hard to possess or difficult to associate someone with. But, Holmes is that person, who the readers for the first time found so many impressive traits in one single character. Emotional intelligence is not everyone’s cup of tea, which is an intellectual weapon of Holmes that helps him in understanding the motives of people. Well, still that’s not just it to Holmes. To take comfort in the fact, that he is not perfect too, Holmes has his own share of vices, maybe sometimes overweighing his virtues.

In addition to him being the protagonist, the Sherlock novels are not entirely devoid of perspectives. Take Watson for instance, Watson represents the readers through his criticisms of Holmes for his dispassionate and strange behaviour. Watson, on the receiving end from Holmes, facilitated the appreciative trait of Holmes. Sometimes, the readers perceive Holmes from the lens of Watson, who despite criticizing Holmes understands him and respects him. Maybe, somehow we as readers adopt the same adoration and reverence towards Holmes that sans explanation because love knows no logic except admiration and adoration. We, as readers, are provided with a window into the fictional character’s life through Watson. This special observational relation feels intimate and lovable even though we know-how only a few people get to witness this side of Holmes.

Yes, Sherlock Holmes is a 19th-century character but he is ageless and timeless. He is a strong character with surprisingly high intellect but still so relatable. Even to this day, his stories are inspiring novels, TV shows, movies, books, short stories, and much more. Let me rest the case here because the retelling of his inspiring stories doesn’t fit here.