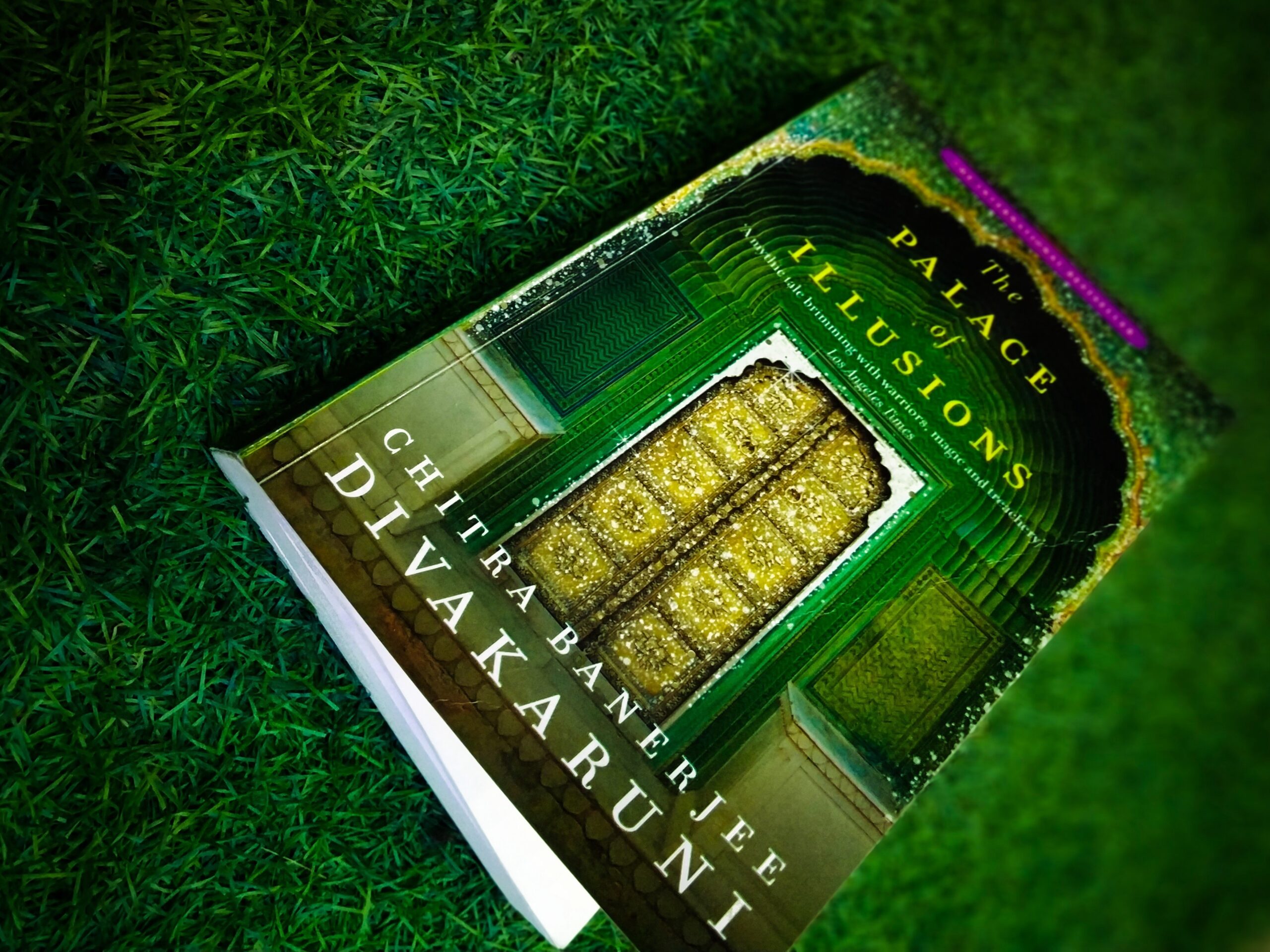 If you are looking for a book on Indian Mythology then this is by far the finest and the most outstanding one. The Palace of illusions by Chitra Banerjee Divakaruni is a rendition of the epic Mahabharata told from the perspective of Draupadi. It is a beautiful retelling of the timeless Indian epic with a very interesting modern twist. It is shaped very elegantly and thoughtfully. It dives deep into the female narratives which are absent in the voluminous tale of Mahabharata. The interesting relocation of the dismissed perspective of a woman is worth a read. The author evidently has a wonderful way with words that immerses readers into the storyline.

Epics are generally male-oriented. They are full of action where palaces are being burned down and people are being mercilessly killed. But, the male experience that has been privileged since prehistoric times is no longer the sole pivot in this novel. The author has successfully created new and dynamic experiences for the readers throughout. He has taken the glory away from the characters making them a lot more human.

The character of the protagonist is beautifully carved out with descriptions of her flaws, desires and dislikes. From the discontentment with her name being limited to the daughter of a king to a girl who is supposed to change history, the book has it all. The readers will be able to feel the intensity of Panchali’s emotions right from her childhood to the time of her departure for heaven. Apart from Draupadi, the fair representation of Draupadi’s brother Dhristadyumna is something I have read for the first time. He has been shown as an idealistic son who has a very clear goal. His character development in the story is very closely linked to the incidents in Draupadi’s life. The story is weaved in such a way that one is completely immersed in it.

The fair share of philosophical teachings of Krishna is what makes the book worth reading. It beautifully describes the magical relationship between Krishna and Draupadi. Almost every time when Draupadi is struggling with her own inner demons, somehow Krishna appears and resolves her inner conflicts.

The story is not an account of Mahabharata rather it’s an attempt to reinterpret it in a way that contradicts the existing interpretations. If someone is familiar with the story of Mahabharata then this book could be a great delight and one may find a lot of new and interesting things about the protagonist Draupadi- Whom among the five husbands Draupadi loved the most? Was it Arjun or someone else or not even a Pandava? But, if you are someone who doesn’t know the story of Mahabharata then this book should not be your first choice as it renders the story of Kauravas and Pandavas from the sole point of view of Panchali.

The novel certainly makes us look beyond the entrenched patriarchy. But, the deviation from the centre subject to Panchali’s desires was unusual. The portrayal of the Draupadi-Karna situation in the novel was not much needed. Otherwise, the novel undoubtedly breaks the ceiling for me.

This book will jolt you from within and make you think if norms and rules are there to be a source of wisdom, knowledge, guidance or something that discomforts and creates conflicts within. It has been widely accepted as a norm to respect words that come out of a mother’s mouth, but should something as mere as a slip of tongue be allowed to navigate a girl’s future course of life?

I highly recommend this book to the readers out there. The way her home, freedom and honour was gambled away and stripped in public will surely make you relate to the present-day state of some women out there who still are not able to stand up and break free of the shackles because of societal pressures. The book will surely teach you much-needed life lessons which will prove out to be personally relevant for quite a few. As Krishna says, “ Words are the sharpest and subtlest of weapons”.