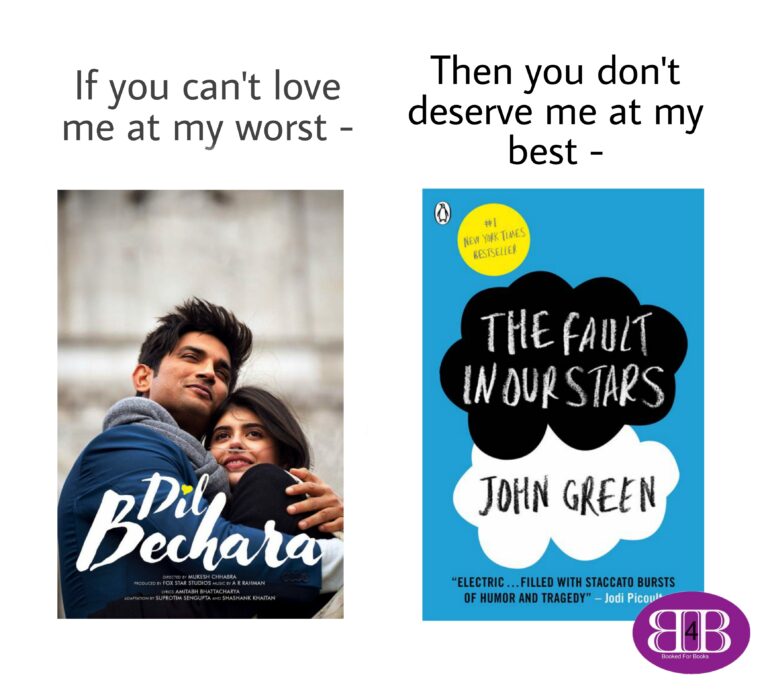 What are Bollywood films known for? Songs? Maybe. Story? No, those are mostly borrowed (read: plagiarized) from other cine industries. Actors? Nope. These films are primarily known for just one element –the masala. Bollywood films are so exaggerated, filled with so much drama, that they don’t even remotely resemble the real-life they are supposedly trying to portray. It is, understandably (or not?), done to provide entertainment to the viewers; but in trying to achieve that, they go way overboard.

This doesn’t stop to normal films – oh, no nono! If Bollywood decides to adapt a book into a movie, they don’t just stick to the original plot. Rather, they take some ‘creative liberty’ and do what they want, sometimes even adding whole new characters or complicated storylines. The adapted books are world-famous and therefore, the viewers would go to the theatres with an anticipatory smile on their faces and hope in their hearts.

… Only to return with a ‘disappointed but not surprised’ face.

To just underline this masaledarelement of Bollywood, I’ve whipped up some movies that were based on – and strayed away from the plot of – popular English novels and short stories.

Sonam Kapoor was on her way to establish herself as a versatile actor when Aisha was released. Aisha, an ensemble romantic comedy-drama, is based on the 1815 novel Emma, by Jane Austen. The novel is a much-loved classic and therefore, the theatres were flocked by many book lovers. Emma might be super conscious about her class, but she’s still sweet, kind, and indulgent; on the other hand, Aisha goes shopping, clubbing, partying, calls her poor friend ‘bechari’, and rolls her eyes at a boy for owning a mithai business. 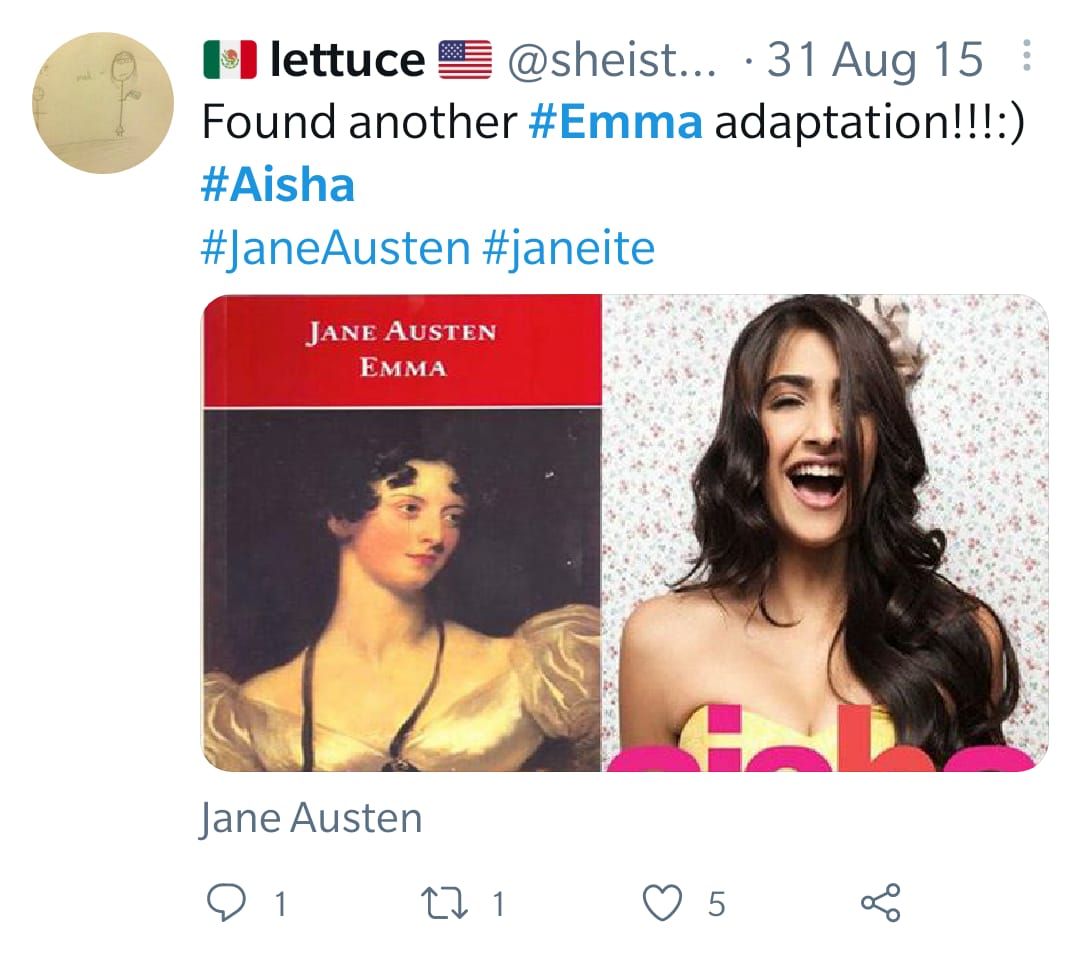 The movie focuses so much on opulence and romance is shown in the novel – Duur se hi romance, it’s still 2010! -that they forgot to take the critique that Emma unleashes into consideration. Except for Abhay Deol, there is absolutely nothing impressive about Aisha, not even Aisha (Sonam) herself – especially not her.

Whenever I see the word Lootera,my head fills with ‘Hawa ke jhoke aaj…”. This Sonakshi and Ranveer starer is a beautiful love story, soothing and surreal. However, the effect is somewhat marred when we see that it is based on O. Henry’s short story, ‘The Last Leaf’. A gripping short story stretched into 2 hours 15 minutes becomes somewhat cumbersome; that’s what happened to Lootera, unfortunately. And the problem is, the two can’t even be compared to find similarities, apart from the obvious ones! There are no lootera in the short story, nor there is an old artist who dies while painting his masterpiece in the film – unless you consider Ranveer Singh’s character to be an extremely old artist, but with a side-profession of, um, lying and looting. 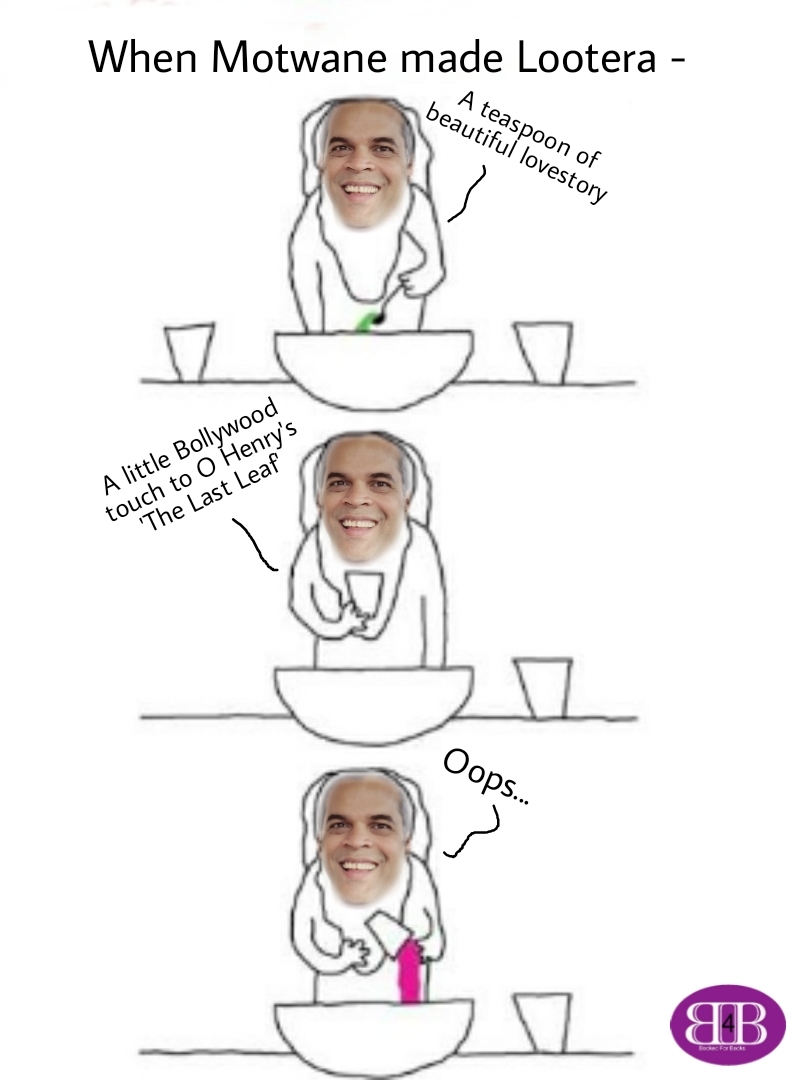 The movie had so much potential, but Bollywood ruined it. And 2 hours 15 minutes for what? To see that badly painted leaf fluttering on the tree? Sorry, I’d much rather read the short story in all its glory!

Bhardwaj’s obsession with adapting novels and short stories into films is not surprising. So, when Haider came out in 2014 to complete his Shakespearean trilogy, people were excited to see what he has done with Hamlet. There are only some similarities between the two – and that’s it. In trying to make it appealing for the Indian audience and still keep the Shakespearean spirit intact, Haiderdovetoo deep into Kashmir’s dangerous climate for the former reason. The ‘Shakespearean spirit’ got lost somewhere, asking, “Hum hai ke hum nahin?”If you didn’t already get that, it’s the Bollywood equivalent of ‘To be or not to be’. 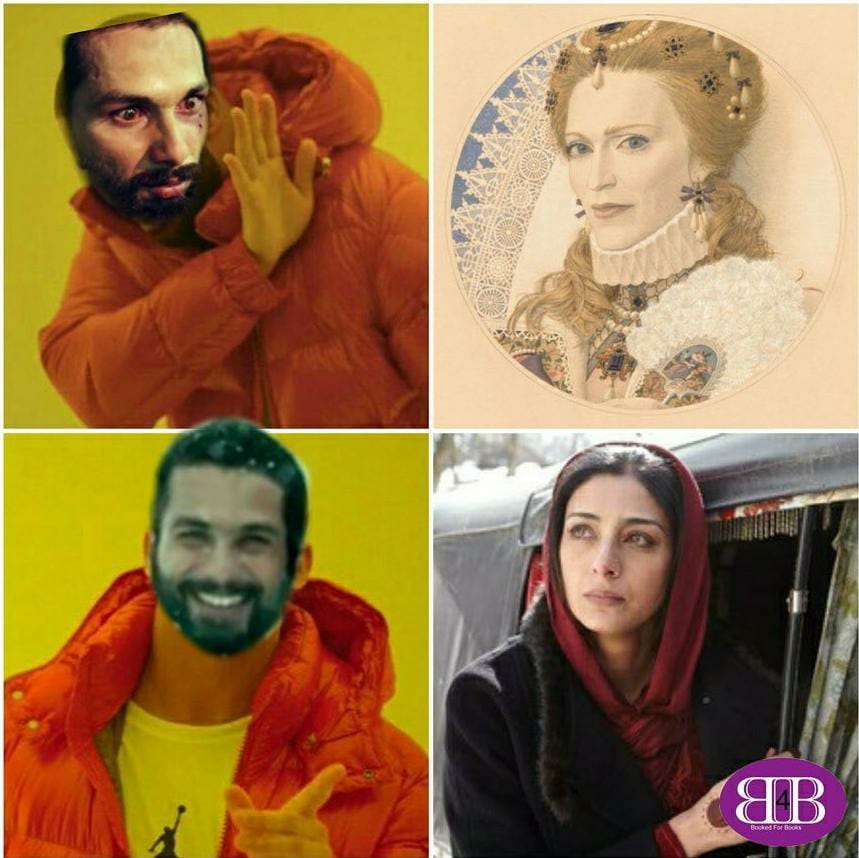 The movie was undeniably a hit, but lays more emphasis on Ghazala (Tabu), along with the unrest and official brutality in Kashmir which manifested itself into #BoycottHaider. But that’s a story for another time.

The Fault in our Stars is a much-loved novel, even if it’s almost a decade old. So, it was exciting to see how our heartthrob, Sushant Singh Rajput would shine on-screen one last time as the charming Augustus Waters. Dil Bechara, however, is just a watered-down version of the novel, where many (Sushant) conveniently forgets about his lost leg as he dances around; and don’t even get me started on the Bollywood trope of I-will-pursue-her-till-she-says-yes being abundantly used here. Also, it is ironic to see Manny and Kizzie attending prom, when not only the book showed that, but Indian colleges don’t do that also. What can we say? Bollywood did Sushant dirty. And I’m not just talking about the movie. 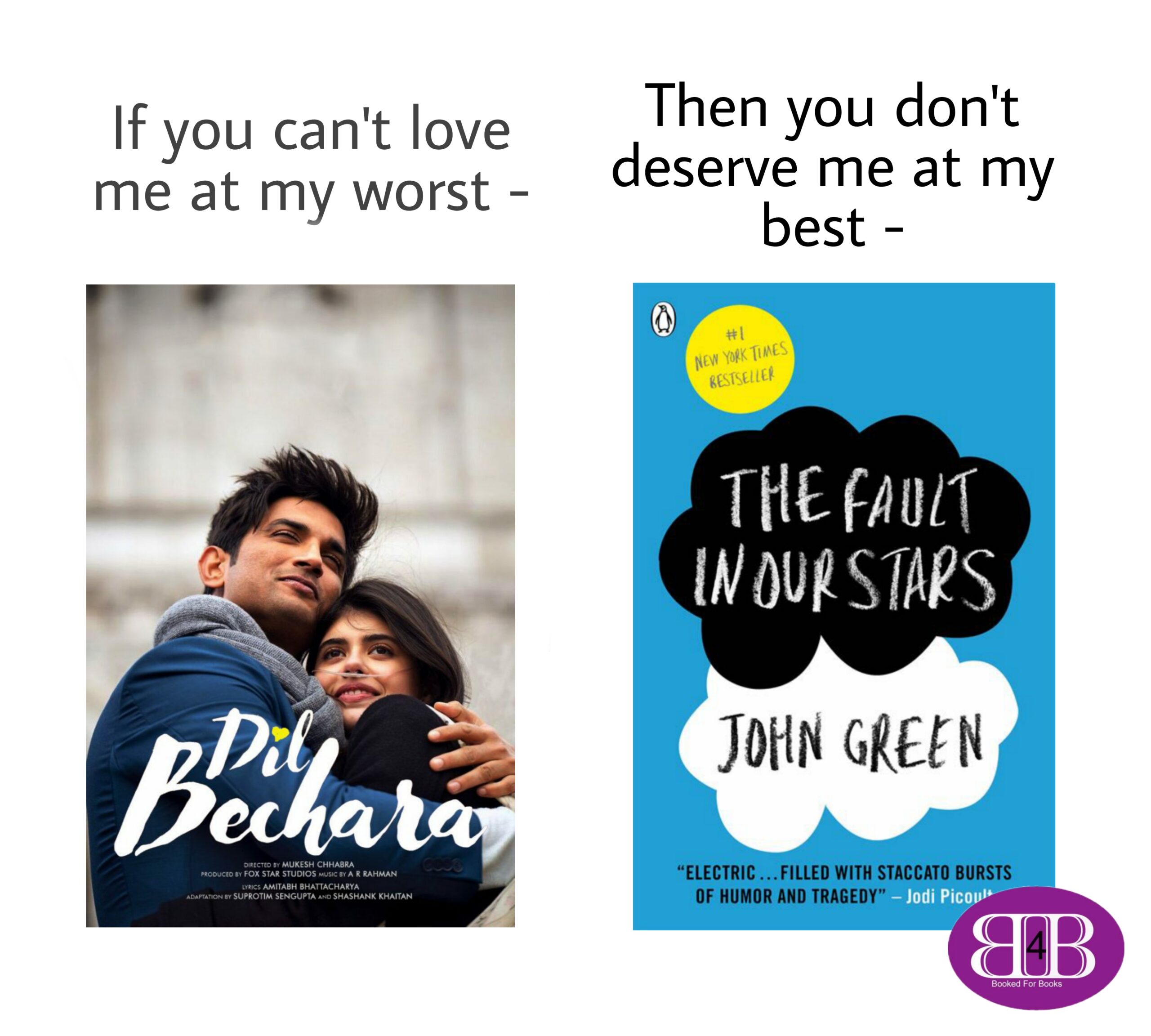 Paula Hawkins’ The Girl on the Train creeps on you slowly but steadily, just as the train gains speed after leaving the station. However, Parineeti Chopra’s same-name movie, a recent adaptation, hurtled to its conclusion with idiotic clichés – how Parineeti’s kohl spread dramatically but evenly around her eyes when she would be drunk – and wholly unnecessary new storylines, like Inspector Kaur’s revenge story. What even was the use of making the cop the villain? It’s not real life, anyway. 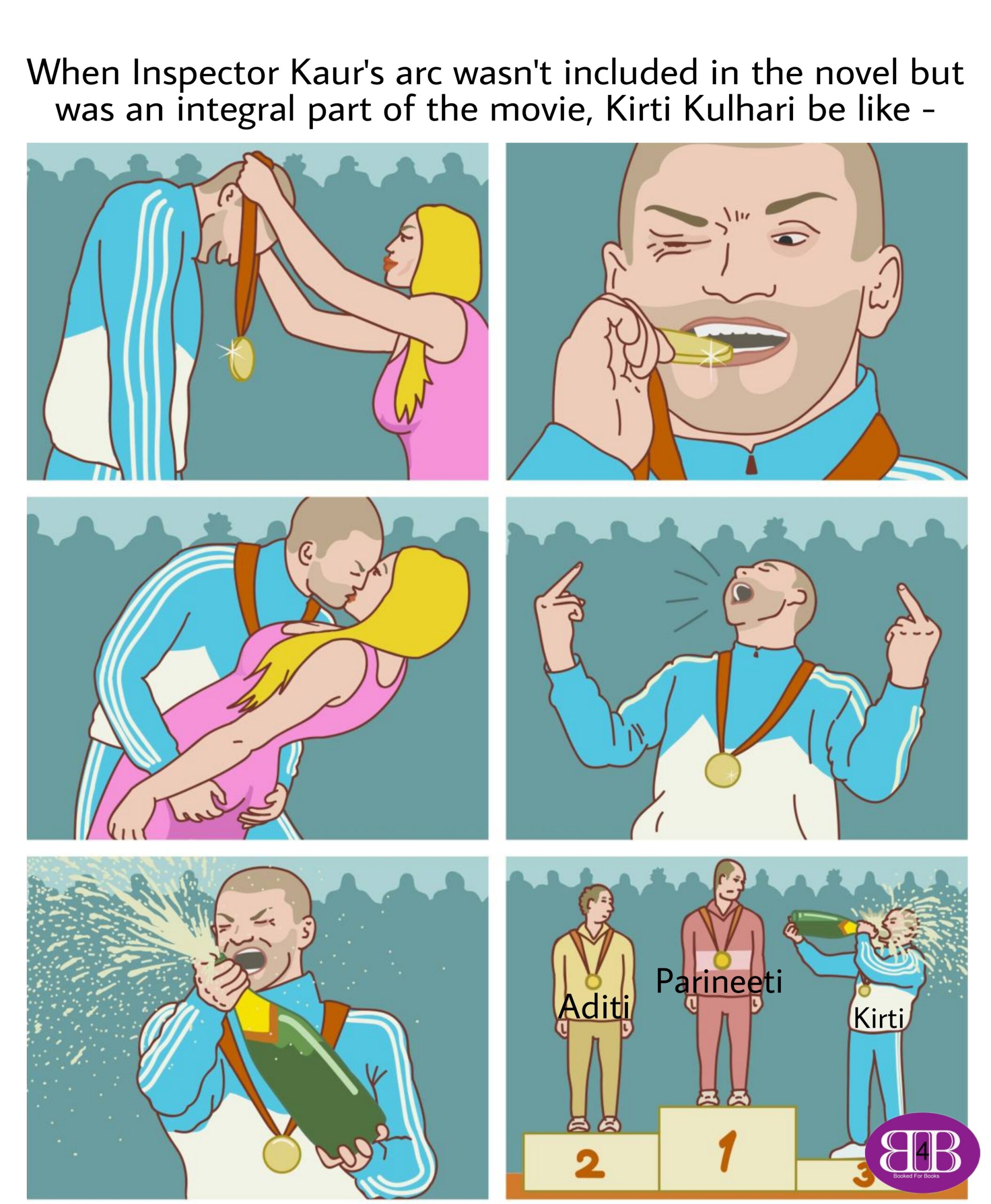 The movie lacked that crispness the novel had, thanks to the ‘rewriting’ that happened. Granted, we wouldn’t have seen Kirti Kulhari as the badass, turbaned Inspector, but then, I’d much rather see Bollywood stick to the plot than do their own thing.

1 thought on “When Bollywood goes on Bollywoodizing novels…”