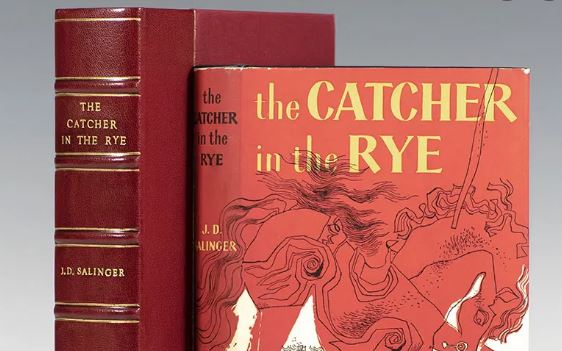 Even if we try to deny it as intensely as possible, readers and non-readers still judge the book by its covers. And many times, the deciding factor on whether or not to read the book is the book’s title. As we all know, titles are extremely important for any book – it has to be clear enough to talk about the plot yet mysterious enough to not give away everything – making it a daunting task for the author to settle on the title that’s just perfect.

Some authors have clearly failed on this step because there are a handful of books whose titles doesn’t make any sense at all. These titles, as you will see, range from being far away from the plot or the message of the book or so long that everyone just passes reading the book.

When I saw this title, the first thing I thought was how it is not a title, but a very descriptive sentence. It is the first novel of Ally Carter’s the Gallagher series – and unsurprisingly, all the successive parts have the same types of titles, but not as long as this one. The title is rather apt since the story revolves around a spy-in-training teenager who meets a normal, unsuspecting boy and falls in love. She’s not supposed to tell him about her life, otherwise, there’ll be severe consequences for both of them – and hence, this title. A less descriptive, slightly obscure title would’ve worked wonders… but this one works too.

Watership Down seems like a sci-fi or mystery fiction piece, where the protagonist is trapped in a Watership and is waiting for someone to rescue them. If this was also your thought process – then no, we all are wrong. The book is literally about bunny rabbits! This Richard Adams’ debut novel talks about a seer rabbit, who has a vision of his warren being destroyed. He gathers other rabbits and together they set on to find a new home, which is a hill named ‘Watership Down’. Many other twists and nuances lace the plot and make it an interesting read – but the book title doesn’t prepare you at all for that!

Often regarded as a canonical piece of literature, J.D. Salinger’s The Catcher in the Rye has been voraciously consumed for a long time. And why would it not be? It is filled with the themes of alienation, angst and how our society is superficial – something that almost everyone understands and experiences these days. However, when it comes to the title, one is left rather blank about the story. I mean, what would it be about? Bad seed in the Rye crop? Story of an underdog? However, to put it in a nutshell, it is about a real whiny kid who figuratively breaks down when he gets kicked out of prep school – which is not exactly what the title would allude to.

A Long Way from Verona is a YA classic from 1971, where we follow the life of a thirteen-year-old girl, Jessica, set in 1940-1941. The war happening then serves to be a mere backdrop as she navigates through her life. It has been praised by people frequently, but one doesn’t understand what does the title has to do with the story itself – Goodreads comments are saying so as well. Well, let me tell you – it is an ironic reference to Romeo and Juliet, which was set in Verona. There are many little instances, mostly humorous, in the classic that alludes to the play. It’s weird – given the story, even I can think of many alternative titles – but who are we to judge?

Tao Lin’s book Eeeee Eee Eeee is an absurdist novel, where the animals try to interact with humans. There are dire consequences of this, such as the deaths of Wong Kar-Wai, Salman Rushdie and even Elijah Wood as well as a dolphin, a moose, a bear, an alien, three humans and the US President having a vegan dinner at a sushi restaurant. It certainly takes ‘absurd’ to the next level and elicits many emotions from the readers. However, I don’t know if anyone would go on to read the book itself, given the book’s title. I know naming your book is hard and the author wanted to include ‘absurd’ in every aspect of his novel – but going just “meh” and settling on this title is just too pitiful.

I actually had to take two minutes to understand what exactly is the title – which is ‘Lifelike’. A little digging in this book told me that this book is from Jay Kristoff’s trilogy, meaning there are two more books with similar alphanumeric names. This one’s a post-apocalyptic fiction, where the teenage protagonist casually builds robotic gladiators and somehow stops a deadly robot with her mind. And to add more twist to the plot, she discovers an android boy, the species being known as ‘lifelike’ in this universe. I understand the inspiration behind the book’s title, really – but it didn’t have to look like an account password at least!

Okay, but giving a reality check is fine – but at least use a better name to do that! Chicken Poop for the Soul – a hilarious parody of Chicken Soup for the Soul – talks about stories that will show you the real, albeit upsetting side of life. The stories included are laced with absurdism and an ironic sense of humour. The problem here is that the world already has enough problems to deal with – and reading this would make their heads ache even more. Admittedly, one would have even picked this book, however, the title would definitely stop them; I mean who needs Chicken poop for the soul? Chicken soup is perfect for it.

The titles mentioned here are way different from each other, but the essence still remains, i.e. they don’t make sense at all, especially when it comes to the plot. All I can hope from now on is getting better book titles!

Share
Tags: The Catcher in the Rye, Watership Down