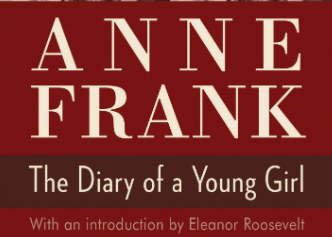 20th century has bestowed on us the pleasure of getting acquainted with so many distinguished writers, wordsmiths of consequence; Sylvia, Virginia, F.Scott Fitzgerald and so many more. Amongst these path-breaking personalities was a 13-year-old girl, Anne Frank. On June 12th, 1942, a young Jewish girl received a simple dairy for her 13th birthday as a gift from her father. This young girl, Anne Frank, with her gift became a symbol of strength and crushed innocence in the face of the holocaust. She became one of the most influential and globally read writers of the 20th century. Let us go over the whole story of Anne Frank with a fine-tooth comb.

Anne Frank was born in a Jewish family in the German city of Frankfurt in 1929. Anne had an elder sister named Margot, who was three years elder to her. The economic conditions in Germany were severe; Unemployment was very prominent during that period. Those frightful years were also subjected to wreaking havoc in disguise of a man named Adolf Hitler; a leader of the Nazi Party. Hitler with time made his way up to become a dictator of Germany. He detested Jews and condemned the whole Jewish community behind the predicament of Germany. The Nazi leader took advantage of widespread antisemitic belief in Germany. The repression of jews and troubled economic situations compelled Anne’s parents, Otto and Edith Frank to move to Amsterdam. There Otto started a company that traded in pectin, a thickening agent for preparing jams.

Invasion of Netherlands by nazi Germany

Anne settled in very well in the Netherlands, she learned the native language, made new friends and started attending a Dutch school near her residence. Anne’s father worked very hard in his business to keep the pot boiling. Otto also made efforts to set up a company, but the restrictive immigration policy prohibited him from doing so. Things started to look better for the Franks when he started selling herbs along with pectin.

In June of 1940, when Anne was just 10 years old, the Netherlands was invaded by Germany, the Dutch army surrendered a few days later. In no time the condition of people there, especially jews began deteriorating. Nazis inflicted more and more regulations and laws that made it difficult for the jews to keep their bodies and souls together. The jews were subjected to a hostile curfew, they were forbidden from attending schools, shopping at stores, taking public transportation, visiting cinemas and non-Jewish territories. Anne’s father lost his business in that course of turmoil, more and more places became off-limits for the Frank Family.

The events leading to Anna’s hiding in the secret accommodation

The Nazi government did not spare a single moment to show the cloven hoof in that period. Jews were coerced to wear a yellow star of David on their clothes to show their identity. The star was adopted in the 19th century by Judaism. While the franks were living in hiding with all the crucial precautions to mitigate the possibility of the Nazis seizing the secret annexe, Margot (Anne’s elder sister ) received a notice to report for a ‘Labor-camp’ in Nazi invaded Germany around June 1942. Her parents were very perplexed and suspected that this was not a call for work, they concluded that this was their cue to go in hiding from the Nazis.

The fear of persecution by Nazi Germany convinced Otto Frank to take immediate action. He started furnishing a secret place in the annexe of his workplace at 263, Prinsengracht. Otto received assistance from his former colleague, Miep Gies. The circumstances were very difficult for Anne to adapt to.

There were selected washroom hours for the members living in hiding, Anne along with the people in hiding walked around the place in socks to avoid a noise that could raise any suspicion.

The Making of history through a simple gift

Anne on her 13th birthday, a few days before hiding received a simple gift from her father; A plain dairy. No one imagined, including Anne, that a simple gift would have historical repercussions. On reading the book I realized that it had a lot of simple yet significant messages in it. Anne started writing about her feelings and penning down her day-to-day activities. Anne found a way to confide in those papers completely as she has never been able to do in anyone before. She named her diary, Kitty.

The most important message in the dairy according to me was that everyone has the right to live freely. Everyone must be treated equally, regardless of their religion or race. Anne was a typical teenager. She was very cheerful and compassionate even after she and her family were subjected to the tyranny of the Nazi dictatorship. Anna relished writing and describing others. She truly had the gift of gab; Anne was oblivious to the trouble and fear her mother and other adults were facing during that period. She used to share experiences in her diary about her views on other people who lived with her in hiding. Candid in her expressions, Anne wrote everything that she witnessed during her time in the Annex.

One day the ministers of education of the Dutch government requested on the radio to preserve the war diaries and documents; this inspired Anne very much. She decided to rewrite her write-ups into a running story with the title ‘Het Achterhuis’(The Secret Annex).

The Secret Annex comes to an abrupt ending

Right when Anne started with her rewriting, she along with the other people in the hiding were discovered and detained by police officials on 4 August 1944. The police took in two other helpers as well; The other two helpers managed to preserve her dairy and some important documents right before the Secret Annex was cleared under the order of the Nazis.

The German security police ( Sicherheitsdientst) from prison in Amsterdam along with Wester Bork transit camp deported the people from the secret annexe to the Auschwitz -Birkenau concentration and execution camp. The train journey was hideous and took three days to reach the destination. During the journey, Anne and a thousand others were crammed in cattle wagons. There was scarce food and no water, just one barrel in the name of a lavatory.

After their arrival to Auschwitz; The Nazi doctors examined everyone very closely to determine whether they were physically capable to do hefty forced labour. Around 400 people from Anne’s train were shifted to gas chambers and executed. Anne, Margot and her mother Edith were taken to the labour camps for women. Otto, along with a few other men, was sent to a camp for men.

At the beginning of November 1994, Anne with Margot was thrown in transport again. She was taken to the Bergen-Belsen concentration camp. Their parents were left behind in Auschwitz. Everyone in Bergen-Belsen was in dire straits over the lack of food, chilling cold and unhygienic environment. Everything was wet and contagious diseases rained in every corner. Anne and Margot caught Typhus. They both succumbed to the disease in February 1945.

Otto Frank was the only individual who survived the holocaust from the secret annexe. He was released from Auschwitz by the Russians; On his way to the Netherlands, Otto learned about his wife Edith’s demise and later on arrival heard that both Anne and Margot are not alive together.

Otto was thoroughly moved after reading Anne’s diary. He read that she wanted to be a writer of influence and voice out the opinions of others through her words. Otto published the diary after some encouragement from his allies. The book changed the course of history; It was later translated into more than 70 languages and came to life through theatre, cinema, and even web series and documentaries. Anne’s hiding place became a museum in 1960.

Even after 77 years, the news of Jewish diarist Anne Frank did not cease to make headlines. A team consisting of an ex-FBI agent, Arnold Van den Bergh, a Jewish council member in Amsterdam disclosed the whereabouts of the franks to protect his own family. The “Cold Case” after six years of decoding algorithms and using advanced techniques to identify the betrayer finally comes to a standstill.