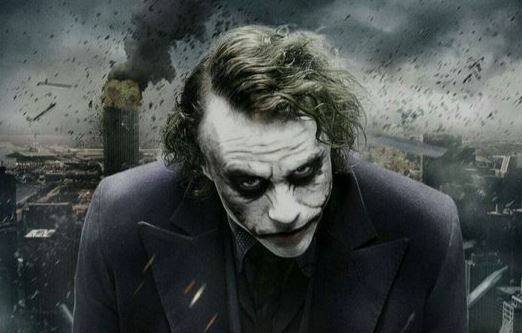 Books showcase a set of characters that are the centre of the story. There are the heroes, who are loved by all, thanks to the virtue of their position in the narrative. There are anti-heroes, who are, these days, favoured more than any other characters. And lastly, the villains, a type that boils your blood whenever they appear in the scene. Most of the time, one can sympathize with these villains, especially if the author throws their motive and their tragic backstories – villains and tragic backstories mostly go hand in hand – in our faces.

And yet, there exist literary villains who are cunning, frightening and evil personified. This category doesn’t deserve an ounce of your sympathy, because their actions negate everything they say or stand for. So, if you are showering your pity on any of these book villains, I’d suggest you save it up and go pour it on someone else!

How could this list be complete without adding literal Satan in here? The leader of the fallen angels, the lord of the hell and the one who inculcated sin in humanity, Satan is the one where all other villains draw their inspiration from. Some might think that Milton’s Satan can be sympathized with – but then, one has to understand that since it starts with his perspective, he is bound to paint himself in a victimized light. But then, Satan, just to stroke his bruised ego, transforms as a serpent and lures Eve into eating the fruit from the forbidden tree, thus ensuring the failure of God’s latest creation, i.e. Mankind. And to think that we would have been living in paradise had Satan not meddled in – Ah! It makes me angry.

Bertha Mason has always been innocent – it is only recently that Mr Rochester is being condemned for his behaviour. One of the many popular novels by Charlotte Brontë, Jane Eyre introduced to us a rugged, witty, slightly aloof Mr Rochester, with whom she desperately falls in love. He subtly forces her to marry him, before he reveals to Jane that he was married before. He paints his first wife as a feral and animalistic ‘mad-woman’ in the attic, earning Jane’s sympathy in the process.

It is appalling, but not surprising, to see that Jane leaves him not because of his horrible nature, but because she didn’t want to be his mistress. Why would she do that? Because Mr Rochester is an awesome evil manipulator, who has these two women wrapped around his evil fingers, forcing one into literal madness and the other to return to him in the end.

Here comes the leader of all pedophiles out there! Humbert Humbert, the protagonist of Lolita, also doubles as the villain of the novel – a clear, nymphet-obsessed villain. The pedophile tendencies reared their head when he faced his old love Annabel’s premature death. He then becomes obsessed with a specific set of girls, called nymphets by him, who fall in the age range of 9 to 14.  He puts his eyes on Lolita, his latest target after he is approached by her mother, Charlotte. His psychopathic tendencies kick in when he thinks Annabel has come back in the form of Lolita. As if that’s not horrifying, he marries Charlotte just because he could be closer to Lolita. As you could guess already, he doesn’t stop ‘loving’ her (even after she escapes from him) till his dying breath.

Now that we have moved on from pedophiles, let’s check out this classy cannibal that appeared in the popular novel, Silence of the Lambs. Dr Hannibal Lecter is a serial killer who eats his victims and was prompted into this behaviour because of his traumatized childhood and from then on, only enjoys killing those whose disposition is terminally rude. Don’t be fooled by his animalistic side though – it only comes out when he’s, ahem, having dinner. Otherwise, he is a cultured, intellectually gifted individual who boasts of spotless manners and impressive preferences. While many would find him weirdly charming, it is still horrifying to see a cunningly balanced person who is next to impossible to discern his cannibalistic qualities. Now you know why Lecter presented in the entertainment industry has been added to the ‘greatest villains’ list.

You know someone is really evil when even their name emphasizes this unfavourable trait they possess! This quality is attributed to Cruella De Vil – whose name literally is a pun on cruel and devil – the main antagonist of Dodie Smith’s The Hundred and One Dalmatians. She is a spoilt, actually-in-debt London heiress, who has a weird obsession with furs, has married her husband only because he is a furrier and lives in a house that loosely impersonates a luxurious hell. More importantly, though, she steals Mrs Dearly’s Dalmatian puppies just because they would be great for making fur coats. She is a common fixture in pop culture now, after appearing in Walt Disney’s animated feature film, 101 Dalmatians. Unsurprisingly, Cruella De Vil is now a popular figure used to symbolize greed and evil.

Let’s be real, Voldemort might be the main antagonist of the series, but people would probably find something about his backstory to sympathize. Dolores Umbridge, on the other hand, is the personification of evil! She appears in the fifth novel as a ‘High Inquisitor’, sent by the Minister of Magic to control Harry, Dumbledore and Hogwarts. The fat, toad-like woman, in all of her pink glory, waltz in the magical premises under an identity characterized by fluff, girlishness and kittens. Under this seemingly harmless image, however, lies a sadistic, corrupt and straight-up evil personality, behaving as if she is a Death Eater. And she made Harry write I must not tell lies with a Black Quill, which is enough for any Potterhead to hate her!

Undeniably, it is because of the villain that we readers get pushed more intensely in the hero’s camp; the author displays them in such a way on purpose. But that doesn’t change the fact that these book villains are as evil as is humanly possible. What makes them even more terrifying is how the readers can picture them perfectly, because many of these mentioned here have appeared in movies or series adaptations, if not all!