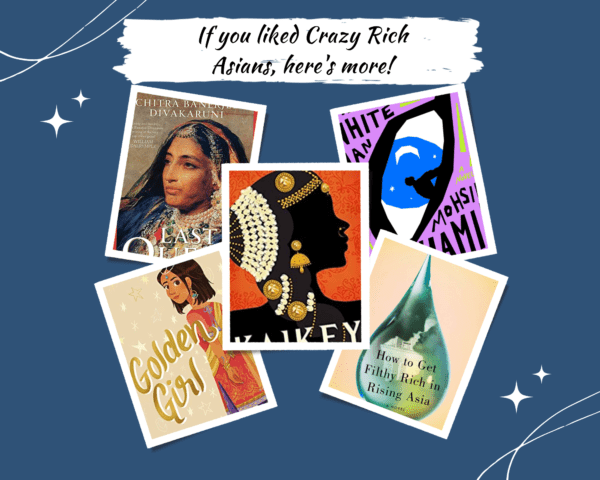 When most Americans think of South Asia, images of elephants, snake charmers, and the dismal poverty is shown in Slumdog Millionaire come to mind; for the most part, South Asian novels are classified as “serious fiction” with substantial social or political commentary or as a minor sidekick to Southeast Asian literature. (This is odd because, unlike much Southeast Asian literature, most modern South Asian writers are more accessible in specific ways because they write in English.) However, these books, written by South Asian and South Asian diaspora writers, avoid stereotypes.

Here are a few exciting reads written by south-Asian writers to transport you to a different but magical place.

How It Happened by Shazaf Fatima Haider

Dadi, the powerful matriarch of Karachi’s family, believes in the benefits of arranged marriage. Such arrangements have perfectly served all of her forebears, including a dentally and optically handicapped aunt. Her grandchildren, however, are more difficult to please. 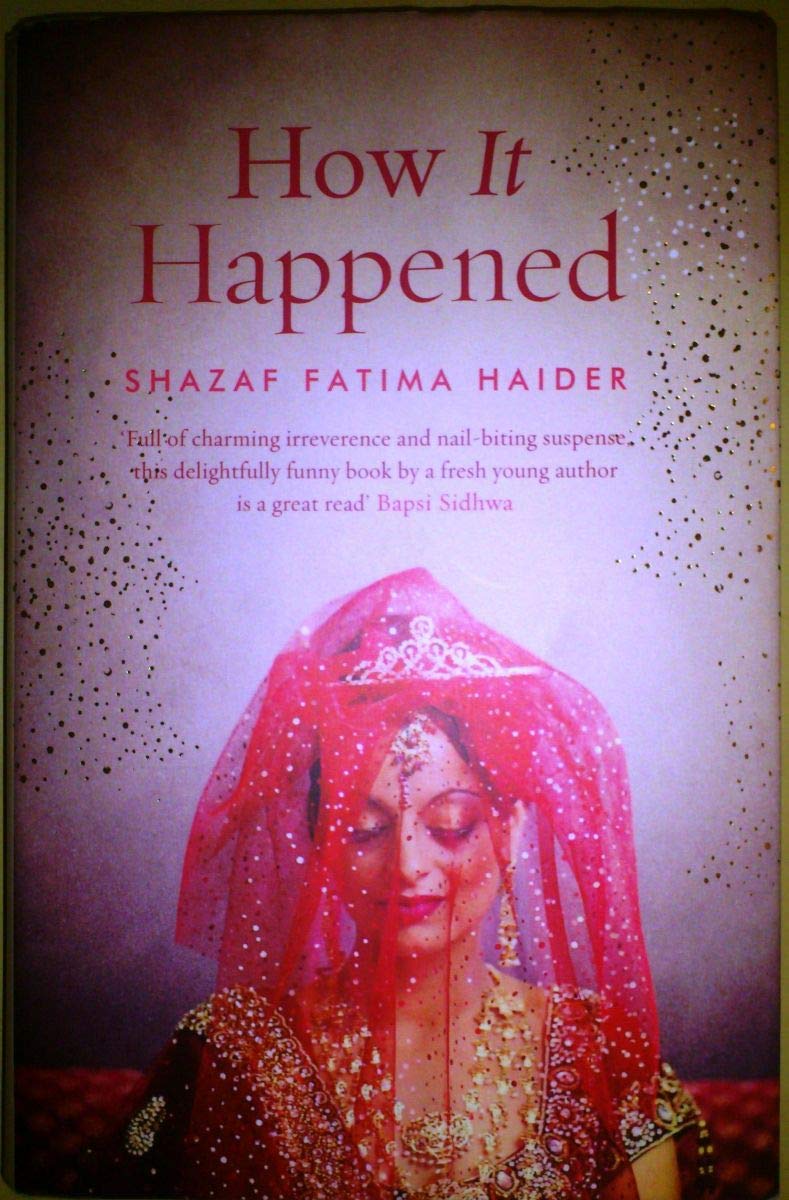 Haroon, her sweetheart, will have to put up with a half-dozen applicants until he finds the perfect Shia-Syed girl for him. Zeba, his younger sister, has it more challenging as she is courted by a slew of suitors, including a chubby cousin and a banker who smells like sesame oil.

This book’s narratives about the mindsets of old and new generations living together as a family are fascinating. This book is not at all boring. On the contrary, you will die laughing at some places.

This is a lovely, humorous, and utterly delightful narrative of how marriages are made—-not in heaven, but in the drawing-room and over the phone, as told by Saleha, the bright youngest sibling.

In the face of property development, one guy refuses to leave his house. Tower A was built in the 1950s as part of a cooperative housing society. When a property developer proposes to buy out the residents for astronomically high prices, the principled yet pompous teacher is the only one who refuses, determined not to give up his emotional bond with his home and his right to live there. His neighbours gradually lose any comparable reservations and, in a characteristically stark satirical premise, take matters into their own hands, determined to grab a piece of the new Mumbai as it transforms from smelly slum to glittering skyscrapers at a dizzying, almost gravity-defying pace.

The Diary of a Social Butterfly by Moni Mohsi

This is a highly entertaining diary of a Lahore socialite. Pakistan may be in the news, but Butterfly is poised to take the world by storm. ‘Everyone recognises me. All of Lahore, Karachi, Islamabad – oho, baba, Islamabad – half of Dubai, half of London, and all of Khan Market, as well as all of the wonderful, nice bearers at Imperial Hotel… ‘Without me, no ball, no party, no supper, no coffee morning, no funeral, no GT – Get-Together, baba.’ The Butterfly is Pakistan’s most beloved and amusing socialite. The Butterfly is a woman unlike any other; an eager party-goer-inspired misspeller and unknowingly perceptive observer of Pakistani high society. 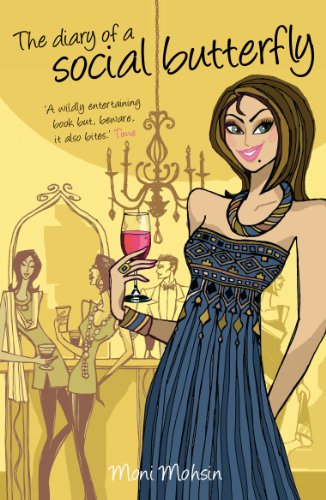 Mohsin Hamid’s works always make me think about the world around me, and I’m confident The Last White Man will do the same. It follows Anders, who awakens to find that his skin has darkened and his reflection has changed. He tells Oona, an old acquaintance who has recently become his new lover. But unfortunately, similar incidents are soon reported all around the country. Naturally, people regard these changes as a threat to the status quo, and they are fighting back with all their might. But on the other hand, others are torn between sentiments of loss and renewed love. 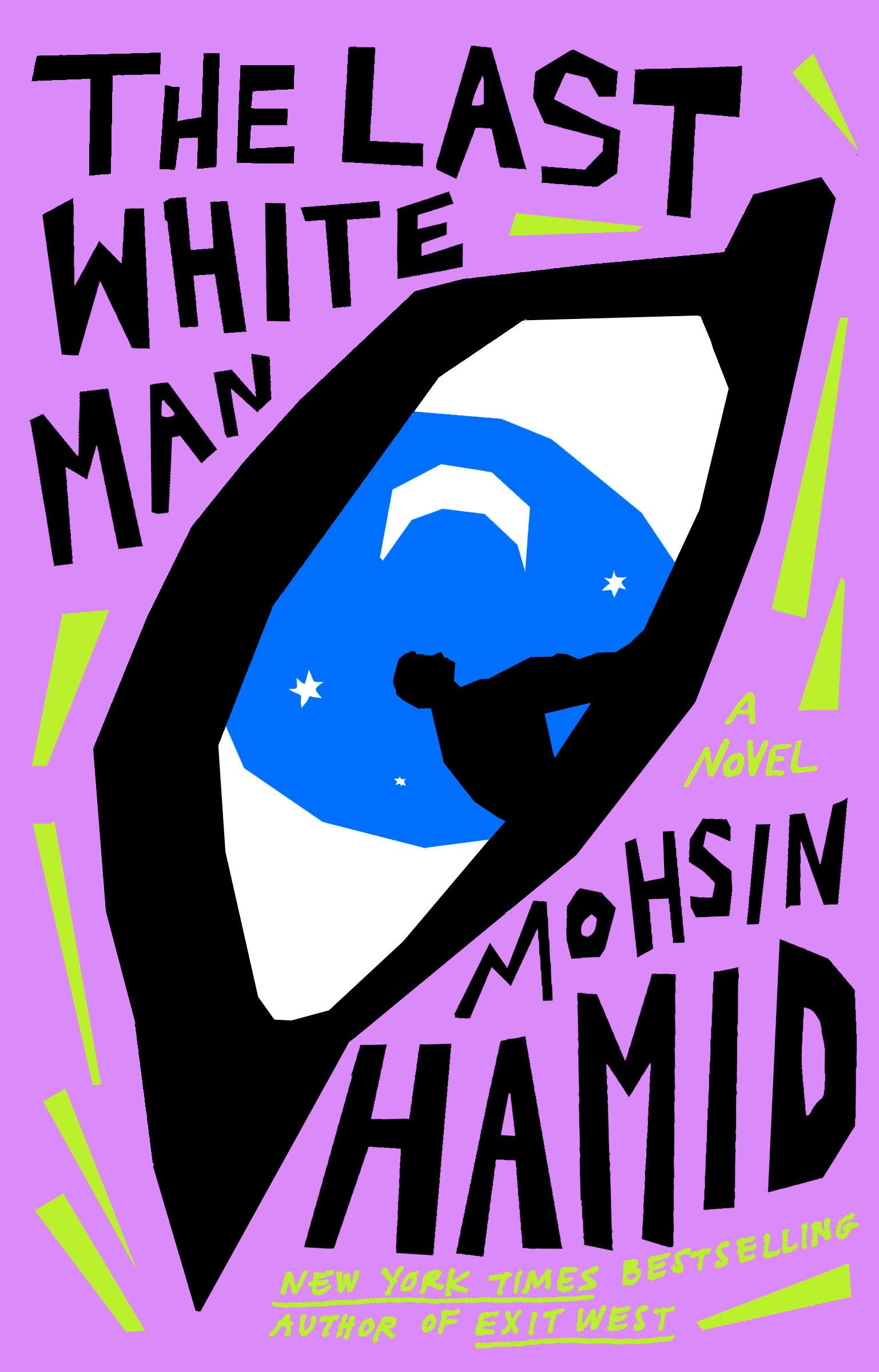 She climbed from humble beginnings to become the last reigning queen of the Sikh Empire in India. The remarkable narrative of Jindan, who turned herself from the daughter of the royal kennel keeper to a powerful ruler, is told in this dazzling novel based on actual events by blockbuster author Chitra Banerjee Divakaruni. 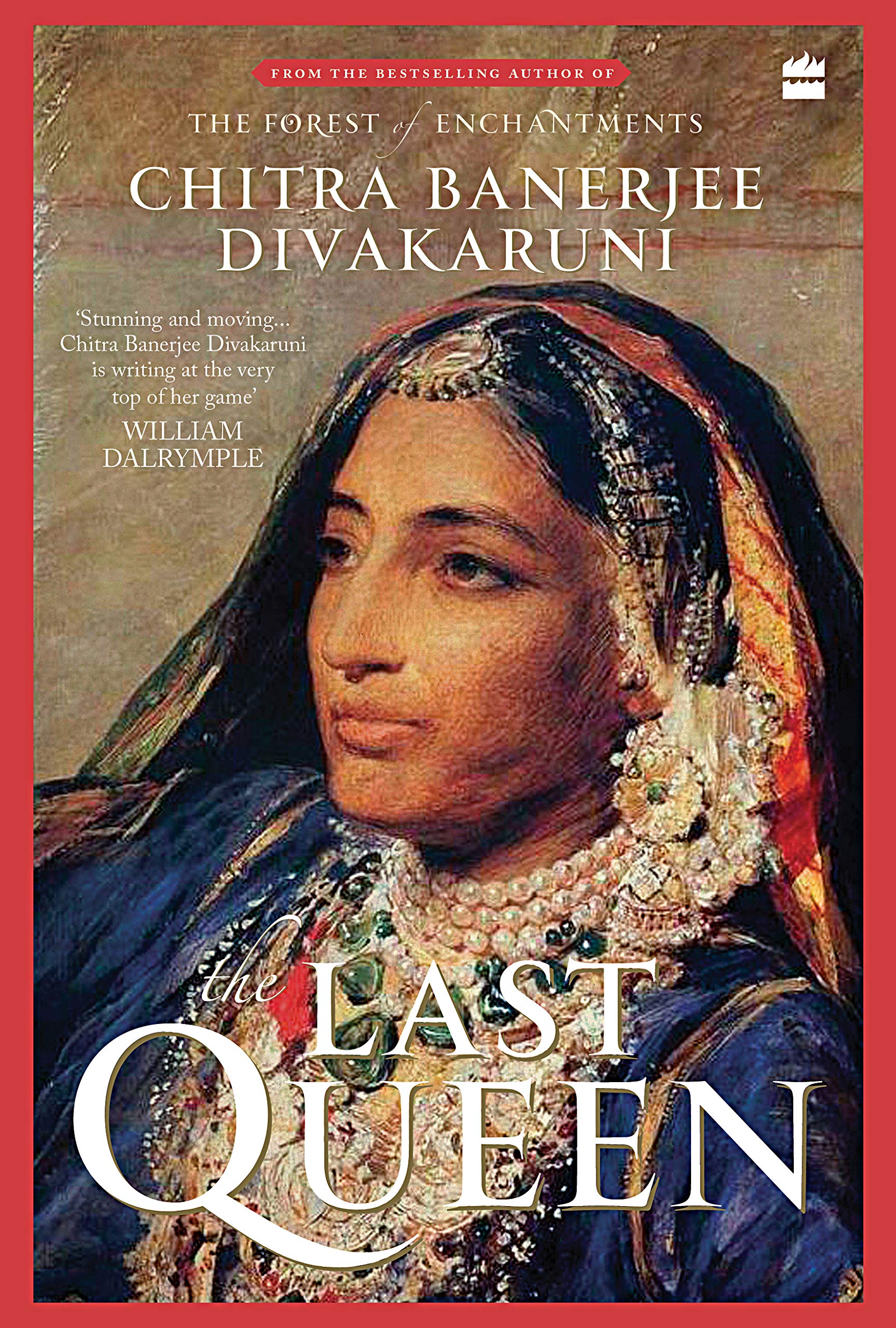 Jindan was noted for her beauty. She was sharp-eyed, aggressive, and passionate. She was elevated to royalty when she grabbed Maharaja Ranjit Singh’s eye, becoming his youngest and last queen—and his favourite. Jindan became regent when her son, who was just six years old at the time, unexpectedly acquired the kingdom. She went from being a spoiled wife to a warrior ruler, desperate to protect her people and her son’s birthright from the British Empire.

Chitra Banerjee Divakaruni’s novel brings to life one of the most fearless women of the nineteenth century, whose tale needs to be told. It is a captivating romance of a king and a commoner, a cautionary tale about faith and betrayal, a powerful parable of the unbreakable bond between mother and child, and an inspiration for our times.

How to Get Filthy Rich in Rising Asia by Mohsin Hamid

Mohsin Hamid’s first two novels established him as a wildly imaginative storyteller with his finger on the pulse of the globe. How to Get Filthy Rich in Rising Asia lives up to and surpasses its reputation. It takes shape from the business self-help books consumed by ambitious teenagers all over “rising Asia.” It tells the incredible and compelling story of a man’s rise from impoverished country lad to corporate billionaire. It follows an unnamed hero to a sprawling metropolis, where he begins to build an empire based on the most ephemeral and increasingly limited commodities: water. However, his heart is fixed on something else: the beautiful girl whose star rises with his, their paths intersecting and recrossing, a lifetime affair lit and snuffed by the forces that careen their fates. 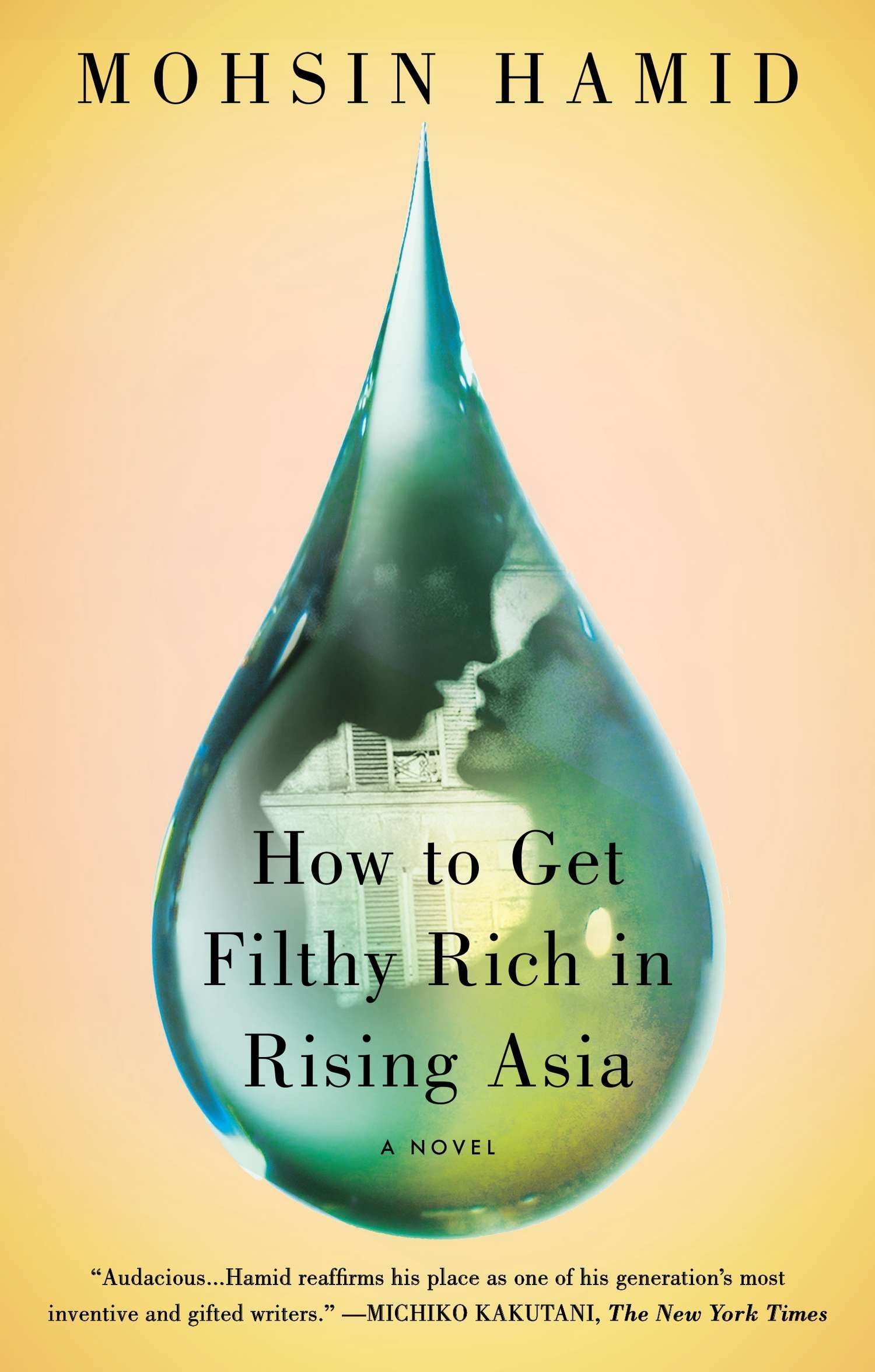 How to Get Filthy Rich in Rising Asia is a fascinating look at current life during the ongoing turmoil. It’s romantic without being sentimental, political, didactic, and spiritual without being religious, and it’s honest in its depictions of brutality and hope. Amid catastrophic change, it develops two remarkable characters who find transcendent closeness. This book will take you on a journey that will keep you asking for more.

She was nurtured on tales about the gods’ might and benevolence: how they churned the great ocean to collect the nectar of immortality, how they fight evil and ensure the prosperity of the land of Bharat, and how they bestow powerful boons on the faithful and clever. Despite this, she watches as her father unceremoniously exiles her mother and hears as her worth is reduced to the strength of her marital relationship. When she appeals to the gods for assistance, they never respond.

She turns to the writings she once studied with her mother, desperate for independence, and discovers a magic that is uniquely hers. Kaikeyi transforms herself into a warrior, diplomat, and most cherished queen with this power, aiming to construct a better world for herself and the women around her.

However, as the evil from her childhood stories threatens the cosmic order, her chosen path clashes with the gods’ plan for her family. Kaikeyi must also determine if resistance is worth the harm it would cause—and what kind of legacy she wants to leave behind.

Kaikeyi is a remarkable debut from a forceful new voice, telling the story of a remarkable woman trying to leave her imprint in a world where gods and men influence the shape of things to come.

A coming-of-age middle-grade novel in verse about Aafiyah Qamar, a Pakistani American girl who devises a unique scheme to aid her family but discovers that doing the right thing isn’t always easy. 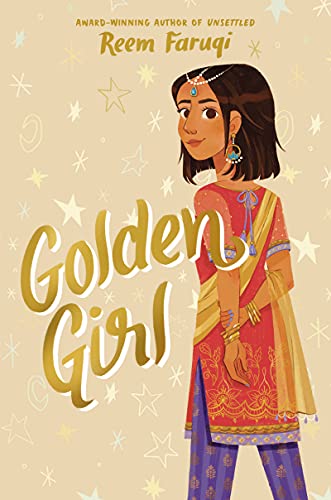 Aafiyah, a seventh-grader, enjoys tennis, reading Weird facts, and spending time with her best friend, Zaina. Aafiyah, on the other hand, has a nasty habit of being drawn to lovely things and can’t help but “steal” them from time to time.

When her father is wrongly accused of a crime he didn’t commit and is apprehended by authorities, Aafiyah realises she must intervene. When she’s trying to think of a means to resurrect her father, she consults her Weird facts and comes up with the right solution.

Manjari Gupta’s claim is to be a paper-cut survivor. A pro at making bookmarks out of torn bills, tickets , clothing tags and gifted flowers. She also loves writing about books, love and life.