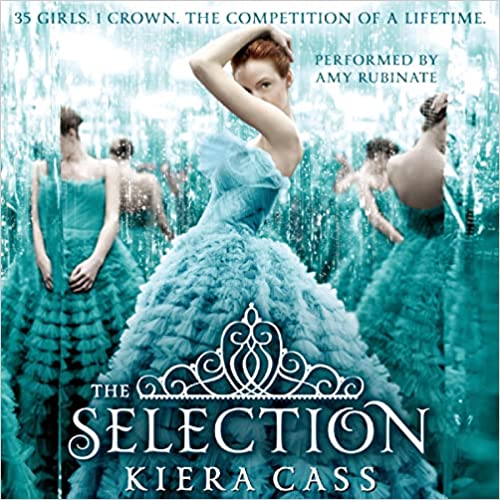 Two kinds of novels get people talking: a stinker that you can’t even get midway through (in which case, advise everyone who will listen to avoid it), and a book series that’s so fantastic that you’re heartbroken when it ends. Here are the 7 best book trilogies that have stolen millions of hearts worldwide. Move them to the top of your book list, and you’ll be set for the next few weeks — or months, based on how quickly you lie down on the first page, as most sleep-deprived mothers do.

Whatever appears as the unshakeable truth, its exact opposite may also be true in another context. After all, one’s reality is but perception, viewed through various prisms of context. – The Immortals of Meluha

Amish Tripathi is a well-known author in India. Tripathi was a banker before becoming a writer, and he has received several notable awards, including the Kalinga International Literary Award. He primarily writes fantasy literature with a major focus on Indian mythology and heritage. The Shiva Trilogy book series and the Rama Chandra book series are two of his most notable projects. Tripathi’s other writings include the Indic Chronicles, Immortal India, and Dharma, the last two of which are non-fiction. Amish Tripathi, a successful writer, has been one of the most popular Indian authors among our country’s youthful readers.

The Shiva Trilogy focuses on the journey of an average native from Mount Kailash to become the Mahadev or God of the Gods. Amish Tripathi’s Shiva Trilogy, as the title suggests, comprises three volumes in a series format. They are as follows:

The Shiva Trilogy is a fantasy fiction novel series. It depicts the path of a person from commoner to God in a historical period hundreds of years ago. The author straightforwardly tells the narrative that everyone could enjoy. The series employs third-person omniscient narration, which means that the author recounts the story to the readers independently. One further element of the tale is that it frequently switches between distinct scenes within the same episode. If you enjoy fantasy fiction, this is indeed a fantastic one-time read.

2. The Hunger Games by Suzanne Collins

As long as you can find yourself, you’ll never starve. – The Hunger Games

Suzanne Collins was no stranger to the children’s entertainment field by the time she penned The Hunger Games. She had previously worked on several Nickelodeon television episodes and had created a successful series of books known as The Underland Chronicles. Nevertheless, it was with The Hunger Games that she rose to prominence. Collins had seen a lot of the country as a child of a military man, as well as a lot of poverty. Most importantly, she was fully aware of the consequences of war, since both her book series deal with war themes. Poverty and famine were also themes in the Hunger Games trilogy.

The story takes place in the future when North America has been destroyed. The country’s name is Panem. The wealthy Capitol governs twelve disadvantaged regions. There was once the thirteenth district, but it was destroyed by the Capitol after they rebelled. Every year, the Capitol prepares the Hunger Games to punish the districts. Combat takes place between a boy and a girl aged 12 to 18. There will only be one survivor.

The chosen youngsters are referred to as “tributes.” The entire country must tune in to watch the games on TV. Katniss Everdeen, a sixteen-year-old girl, is the protagonist of the novel. Her father passed away, and now she must hunt animals to feed her family. Prim, Katniss’s younger sister, is picked to be a “tribute,” but Katniss chooses to go instead. A boy named Peeta is the other “tribute” from District 12. Overall, The Hunger Games by Suzanne Collins is a thrilling novel that will keep you up past midnight and stay with you long after you’ve completed it.

3. The Lord Of the Rings by J.R.R Tolkien

Not all those who wander are lost. – Bilbo Baggins, Lord of the Rings

J.R.R. Tolkien (born 3 January 1892 in Bloemfontein, South Africa—died 2 September 1973 in Bournemouth, Hampshire, England) was a South African-born English writer and scholar. Tolkien, an Oxford professor of Anglo-Saxon and English language and literature (1925–59), rose to popularity with his heroic trilogy The Lord of the Rings (1954–55), which included The Fellowship of the Ring (film, 2001), The Two Towers (film, 2002), and The Return of the King (film, 2003). (film, 2003). The Hobbit (1937) acts as the series’ introduction, with The Silmarillion (1977) and The Children of Hrin (2007) serving as “prequels.” The wildly imaginative story, set in the mythological past, follows the struggle between good and evil countries for possession of a magical ring that maintains the balance of power in the world. Its popularity among youngsters made it a societal phenomenon in the 1960s, and the publication of a series of highly praised films in 2001–03 reignited interest in the epic.

Elven smiths created the Rings of Strength in ancient times, and Sauron, the Dark Lord, built the One Ring and filled it with his own power so that he can still rule over all others. But the One Ring was snatched from him, and despite his efforts to find it throughout Middle-earth, he was unable to find it. After many ages, it ended up in the hands of the hobbit Bilbo Baggins by accident.

Sauron’s power expanded far and wide from his fortress in Mordor’s Dark Tower. Sauron acquired all of the Great Rings for himself, but he was always looking for the One Ring that’d complete his reign.

When Bilbo became eleventy-one, he vanished, leaving behind the Ruling Ring and a deadly task for his young cousin Frodo: to travel across Middle-earth, straight into the shadow of the Dark Lord, and shatter the Ring by hurling it into the Cracks of Doom.

The Lord of the Rings is the story of Frodo and the Fellowship of the Ring, which includes Gandalf the Wizard, the hobbits Merry, Pippin, and Sam, Gimli the Dwarf, Legolas the Elf, Boromir of Gondor, and a tall, intriguing stranger named Strider.

4. The Summer I Turned Pretty Trilogy By Jenny Han

Would you rather live one perfect day over and over or live your life with no perfect days but just decent ones? – The Summer I Turned Pretty

Jenny Han (born September 3, 1980) is a young adult and children’s fiction novelist from the United States. She is well recognized for her work on the Summer I Turned Pretty trilogy and the To All the Boys series, the latter being adapted into a film in 2018. From 2009 through 2011, Simon & Schuster published three novels, The Summer I Turned Pretty, It’s Not Summer Without You, and We’ll Always Have Summer, all of which soon became New York Times Best Sellers.

The Summer I Turned Pretty is brilliantly written by Jenny Han’s trilogy. It chronicles the story of Belly, who only lives during the summer. She has all she needs and stays at her Cousins, where she has spent every summer since she was born. Susannah, the Fisher housewife, takes a summer break. Conrad and Jeremiah, the two fishing boys, often seem to render summer the heaven that she craves. Despite her age, Belly has always had a huge crush on Conrad, who appears dark and gloomy yet playful and intelligent. Jenny Han tells the ideal story of heartbreak as well as first love.

Instead of being afraid, I could become something to fear – Holly Black, The Cruel Prince

Holly Black is the number-one New York Times famous author of over thirty fantasy novels for children and teenagers. She has been nominated for an Eisner Award, a Lodestar Award, and the Mythopoeic Award, as well as a Nebula and a Newbery Honor. Her writings have been translated and recreated into films in 32 languages around the world. She currently resides in New England with her spouse and kids in a house that contains a hidden library.

The Cruel Prince, a Holly Black story released in early 2018, features Jude, a human girl who lives among faeries. She wants to blend in, but her tenacity and desire set her apart in the royal house, where she strives to become a warrior. Jude has a twin sister, Taryn, and an elder sister, Faerie Vivienne. Taryn is more like a people-pleaser than Vivienne and Jude, who are both quite irreverent and redouble their efforts to obtain what they want no matter what. The Cruel Prince is an excellent fantasy story with an exciting plot. The characters have highly relatable characteristics, and even though the main theme shifts at the conclusion, this book was a fantastic, compelling read with a surprising finish.

6. The Selection By Kiera Cass

Break my heart. Break it a thousand times if you like. It was only ever yours to break anyway – The one.

Kiera Cass was born on May 19, 1981. After a personal incident in 2007, she began writing and self-published The Siren in 2009, while expecting her first kid. Kiera Cass says that she started writing The Selection after pondering the parallels between Esther and Cinderella and thinking if either one of them was satisfied with the outcome. She also stated that she wrote the book “from beginning to end,” although her writing method for the other works varied.

The Selection is a once-in-a-lifetime opportunity for thirty-five girls. The chance to escape the life that has been planned for them since birth. To be immersed in a world of gilded dresses and expensive diamonds. To live in a palace and vie for the heart of Prince Maxon.

Being Selected, on the other hand, is a nightmare for an American singer. It means abandoning her hidden love for Aspen, a caste below her. She’s leaving her home to compete for a crown she doesn’t desire. Living in a palace under continual threat from deadly rebel attacks. Her path crosses with Prince Maxon’s. Eventually, she begins to doubt all of her expectations for herself and realizes that the world she’s always dreamed of may not be comparable to a future she never anticipated.

Then again, they claim that nothing surpasses your imagination.

Readers have pre-approved them to provide hours of leisure that will help you set a positive example for your children. What’s better? You won’t be looking for a new book right away if you start either one of these trilogies since you already realize you got two more to go. And if you’re seeking to expand your reading collection, these 7 captivating book trilogies with huge followings are a great place to start. They’ll keep you busy for a while.