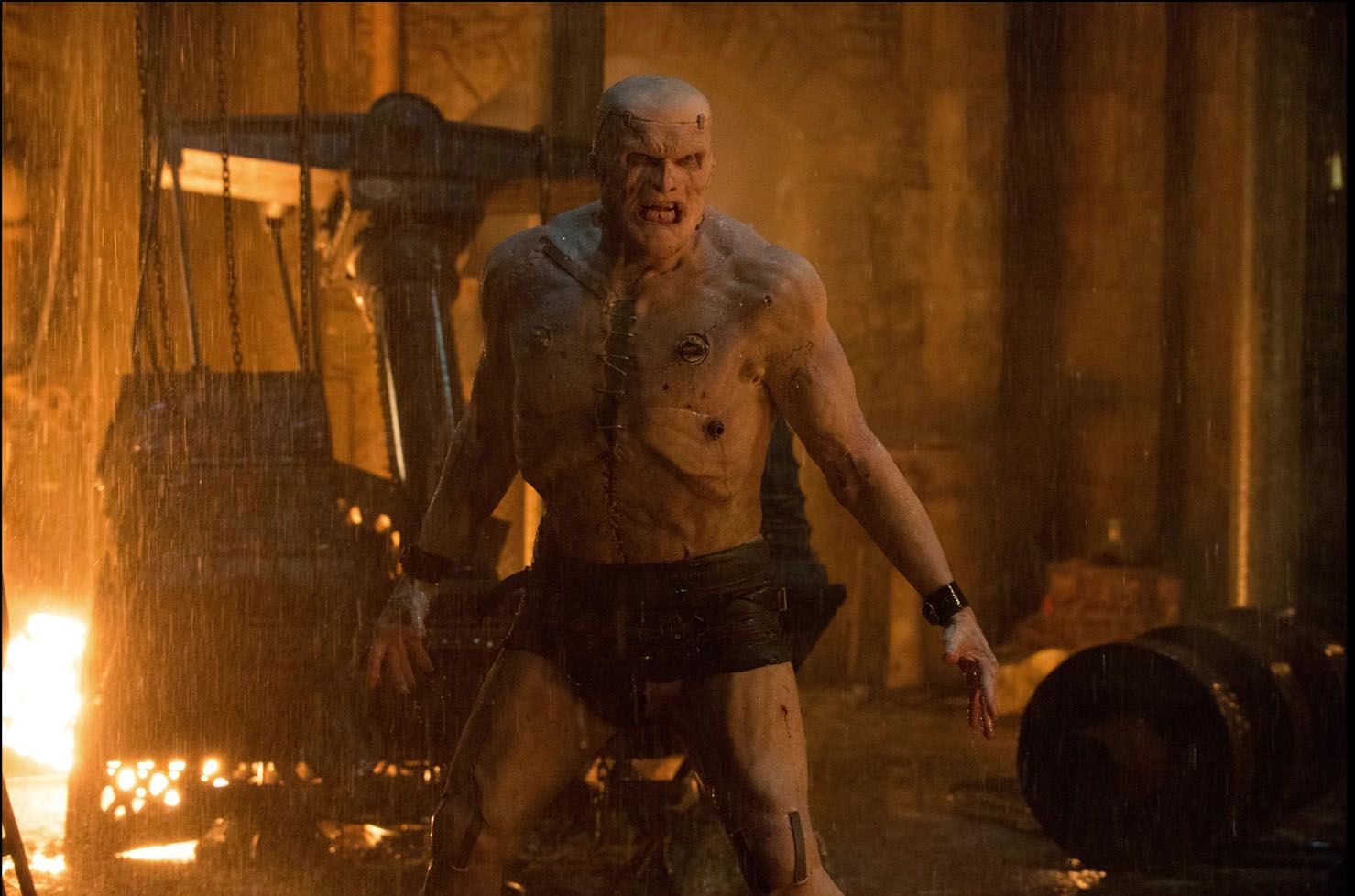 It is obvious to fall in love with heroes and heroines, but it is the villains who add that much-needed spice in the books. Simply put, without a villain, there’s no point in the story at all. Fortunately, the readers understand how vital this figure is – and that is exactly why there are villains who are very popular, maybe even more loved than the heroes.

One of the finest literary pieces, Strange Case of Dr Jekyll and Mr Hyde, gave us Mr Hyde, a complex character/villain that you can’t help but sympathize with. He is the alternative personality of Dr Jekyll, who develops a serum to suppress his dark side. The experiment takes an unexpected turn and the result is Mr Hyde, who is the compilation of all Jekyll’s evil thoughts and desires. Even his appearance is so hideous that people around him are instantly alerted of his nature as if he wasn’t already violent, frightening and overpowering. He takes advantage of Dr Jekyll’s weak moments to take control of his consciousness and does everything that goes against Victorian religious morality. And even though we all have our own Mr Hyde, reading its literal manifestation is rather shuddering… but impressive.

Now we have Professor Moriarty, proving the students’ agenda of Professors are evil as perfectly true. If anyone can match the genius of Sherlock Holmes, then it is Moriarty, who is hailed as the ‘Napoleon of crime’ by the former. He is a consulting criminal mastermind, where he provides ideas and strategies to the criminals in exchange for a fee. The concept’s awfully similar to how a budding writer’s head is full of ideas but can’t write it down – if only they could sell their ideas. Moving on, Moriarty is shown to be a ruthless arch-nemesis of Sherlock, orchestrating more than half of the crimes that take place in England. Imagine how cold and calculating he must be to manage that feat! He was made even more popular by Andrew Scott, who played the character with finesse in the TV show, Sherlock.

Gone are the days when it was Frankenstein’s monster was considered as the villain – his creator is the actual villain. Victor Frankenstein is a scientist, who is keen on using his knowledge of chemical processes and decay to create a life all by himself. He succeeds in creating such a creature – a side effect of coping with his grief – but the hideousness of the thing makes him abandon it, not knowing that this seemingly harmless action would start a series of events that will lead him to his death. It is not the monster who has the fanatical idea of creating a humanoid – it’s Victor. Along with that, he indirectly makes this creature hate himself, before going around seeking pity for his miserable life. No sir, you don’t get the sympathy… but you will be hailed as a popular villain for sure!

Honestly, the reason why Iago, according to me, is still remembered as one of the greatest villains is that he was a sane one in that crowd of fools. Because, not considering the symbolism, Othello actually kills Desdemona over a handkerchief! But that’s how believable Iago is – he can compel people to kill someone! Thanks to his manipulative and cunning nature, Iago is regarded as one of the most sinister villains written by Shakespeare. Iago is shown, right from the start of the play, as someone trustworthy and straightforward; he is called as ‘honest Iago’. But it’s just a mask, beneath which hides a controlling and scheming trickster. Surely, his realistic depiction – because someone like him can actually exist around us – has fueled Iago’s popularity!

Make way for the figure that inspired all the other villains after him, i.e. Satan! Everyone will agree when I say that he is the ultimate villain; he is a character that represents that sometimes, even evil can win a round or two while facing good… and that’s not good. However, the Satan that we are talking about here is not from Bible, but Milton’s Paradise Lost. He is a powerful villain, courageous enough to rally the fallen angels by his side by straight-up brainwashing them, but is so blind that he thinks he’ll win against his fate. It is perhaps because of his complex characterization by Milton that readers started appreciating Satan. Plus, he gave really cool quotes for us to work with, including this popular one – “Better to reign in Hell than serve in Heaven.“

How can a man that appears absolutely fine, has a unique taste and is always seen engaging in intellectual conversations be a villain? Well, Hannibal Lecter proves to all of us that villain doesn’t always have to appear animalistic all the time and have an ID-dominant personality. To society, he is a prominent psychiatrist and is one of the prominent members of Baltimore’s high society. However, in reality, he is a cannibal, killing at least nine people, and attempting three other murders. His insanity is exactly the opposite of how he carries out his evil plans – with calculating and level-headed actions. His duality is something that has always impressed the readers, which was also portrayed to perfection by Anthony Hopkins in the same-name movie.

If you want to see how the feeling of revenge can consume your life, then Captain Hook is the best example! This grown-up man has taken an oath to destroy Peter Pan, as it is because of him Captain Hook loses his hand. Peter feeds his hand to a crocodile, who developed such a taste for Hook that now it follows him wherever he goes. This revenge is also fueled by his hatred for Peter’s moral goodness. Though his idea of getting Peter Pan to duel is fairly common – kidnapping Wendy to lure him in – he ultimately is fed to the crocodile by the boy. Captain Hook was even more popularized by Disney and has now become a familiar figure in the entertainment industry.

If a series is to have a villain, he needs to be frightening enough for both, the readers and the hero, to be afraid of. Sauron, from the Lord of the Rings trilogy, happens to be one of them. Originally known as Mairon – which means The Admirable – his need for power transformed him into Gorthaur, i.e. The Cruel. He is the one who forged the One Ring, that would rule all the other rings present in the LOTR world, as he sits back in Mordor. However, the ring is lost and he spends all his energy looking for it, not even hesitating to harm innocent people. His overwhelming presence in the novels is what impressed the readers, as it functions like an evil eye – and you all know how much we despise, fear and yet are intrigued by that concept.

You know a person is fearful when even uttering their seemingly harmless name is forbidden! Yes, you are right, we are talking about Lord Voldemort here. He is simply one of the most powerful as well as popular villains English literature has ever provided us with. Voldemort is shown as an odd kid, who grows up to be an extremely self-centred, odd, greedy, person interested in dark arts, with the sole fear of death. The sadist psychopath then turns into the ‘Dark-Lord’, referred to as You-Know-Who, He-Who-Must-Not-Be-Named, and so on.

To become immortal, he makes seven Horcruxes, an intricate process that takes the help of dark magic to divide the soul and store it into different objects. Why does he do it? To protect his soul from death – ironic but brave. But then, his first defeat comes from a small boy, named Harry Potter. The rest, as the books will tell you, is history. And this history has made sure that people see Lord Voldemort as the noseless but most of the popular villains!

The only female villain in this list, The White Witch is a cold-blooded antagonist of The Lion, the Witch and the Wardrobe, responsible for cursing Narnia to experience the Hundred Years Winter. She is shown as a shrewd sociopath, who could kill an entire species without blinking her eyes. Obsessed with power and control, she drowns Narnia in the cold, because of her fear of the prophecy that she will be defeated by four humans. Except for this fear-induced action, she has, like all of the amazing villains, a courageous personality, coupled with an extraordinary aptitude and vast wisdom. These traits don’t help though, as she and her army are ultimately defeated. Nevertheless, it is her fearsome and heartless personality that has let her climb that popularity ladder!

An Austrian actor, Christoph Waltz, has said – Well, you need the villain. If you don’t have a villain, the good guy can stay home. And I think this sums it up very nicely!