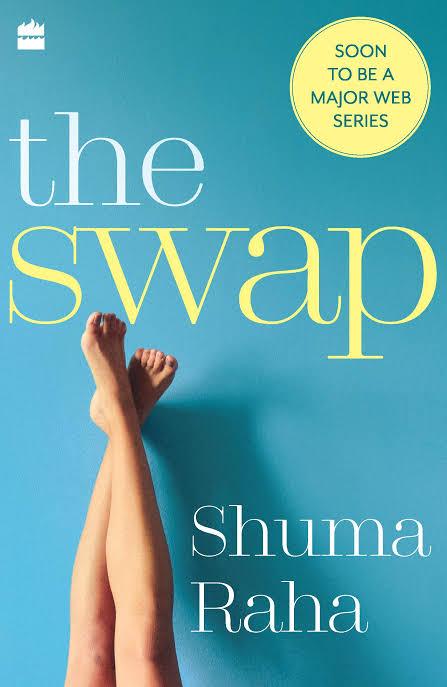 Shuma Raha in her Debut Novel is challenging the sacred institution of marriage among the Elite class of our society. Set up in the Capital city while its roots are in Kolkata. The Protagonist Priya Bakshi and Aakash are in their six year old marriage lacking all sorts of romance, affection and intimacy. The story moved on a straight path, introducing the various characters and their role, as all shared a similar class along with their individuality.

All the characters are represented as liberal, educated and westernised individuals in reputed professionals being Journalist, Chartered Accountant, Lawyer, Social Worker and so. Following the mantra ‘friends who party together, stays together.’

We believe educated liberals are less dramatic in their lives, so when they were introduced about the existence of couple swapping parties they couldn’t express their dissent. Instead welcomed it as the only option to add spice in their exhausted married life. While the other characters who expressed their lack of agreement took an inaudible exit.

Talking about the protagonist, she is living in her dilemmas throughout, first of her infidelity with his husband’s friend and second of confessing her love to her adultery partner. Priya being an independent women couldn’t decide to break her wedlock despite of her no strings attached relationship. Mocking at the societal norms because marriage offers a sense of security for a woman.

While Priya herself chose adultery but her disgust for couple swapping was indeed visible. She never wanted this, but just to fit in her own society she took a dip into it.

The novel is a closed packed one with a series of events happening one after another. As the narration happened in third person, the events were described with a huge description with every dress up to ambience making it a bit tiresome to read as the story was not moving ahead. There was not much into the story line and hence elaboration is the only key.

While two parallel stories were hanging as Priya being a journalist is trying to rescue a child whom she believes is trafficked, the sensitivity of this issue was taken into soft hands, as this parallel story pops up at different intervals to push the actual one.

There was a huge scope to raise questions among readers. It was plainly depicted that a product of marriage – a child is necessary to sustain a marriage. As Dileep, Priya’s lover could not accept his love for her in the first place as he was bound towards his responsibilities. While Akash, Priya’s husband wasn’t bound by any restrictions and supported Anuradha, Dileep’s wife and his lover or swapping partner after Dileep’s demise.

Well, this brings us to another event, the sudden demise of Dileep. Though I wilfully agree that deaths are sudden, still it bought the novel to an abrupt end. As if thoughtfully story has to come an end and so it’s the suitable one.

Concluding my review, The Swap offered a theme distinct and bold in its own way. While when we are talking about sex and intimacy in a novel then it would not be fair to end that part repeatedly by using the phrase, “made love.” As a reader I would be glad with the further unfolding events of the story than with the elegant and elite ambiences of whereabouts.