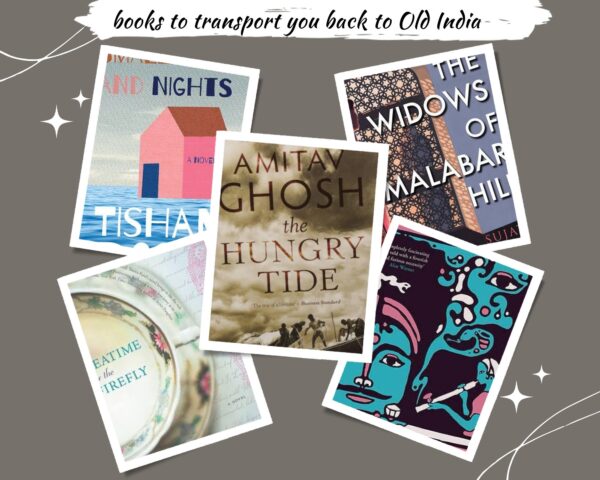 India is a patchwork of people, cultures, languages, and histories, woven together to show a diversified unity. While today’s scenario – not just India, but the entire world – is globalized so that the entire world seems blanketed with a similarity that wasn’t found before. The old India, as it seems, was vibrant, thriving, and still adrenaline-inducing, wherever you are.

We can’t really experience it right now – unless you have a time machine – which is exactly why we have some of the most special books compiled right below. These books will show you how beautifully interesting the old India was, flawed yet glorious. It’s guaranteed that almost 90% of you all will end up wishing to transport back in time!

It’s always the books set in the British Raj era that paints a little fictional yet charming picture of past India. E M Forster’s A Passage to India – regarded to be one of the greatest works of the 20th century – is one such book. However, there’s not much focus on the British Raj India, but more on a peculiar place called Marabar caves (based on the Barabar Caves of Bihar). In fact, the important conflict takes place here, setting the mood of the story. 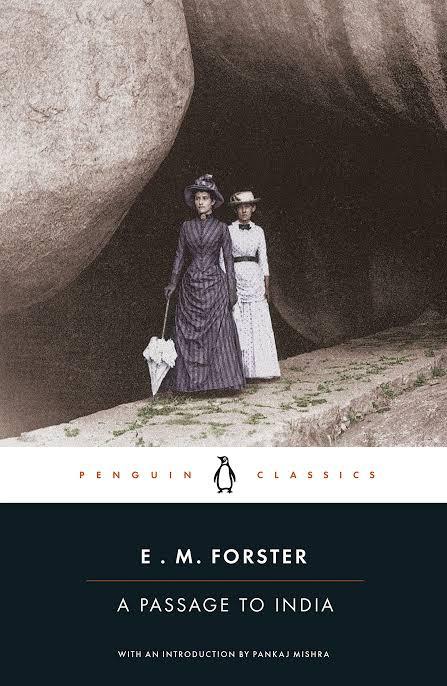 It’s interesting to see how hypnotically the caves have been described and what they symbolize. The ancient columns of the caves – seemingly older than earth – made the characters feel nature’s alienness and their strange beauty. Whatever the path the story takes, the book just makes you want to visit Barabar Caves right there, thanks to the descriptions!

It’s the 1920s and Perveen Mistry is the only female practicing lawyer. Her first work is to go through the will of a wealthy Muslim mill owner, with three widows left in his wake. Turns out, the widows want everything donated to the charity – which ticks off our lawyer! What we, after that, see is Perveen trying to unravel this very unusual decision… unknowingly finding herself amidst a murder mystery. 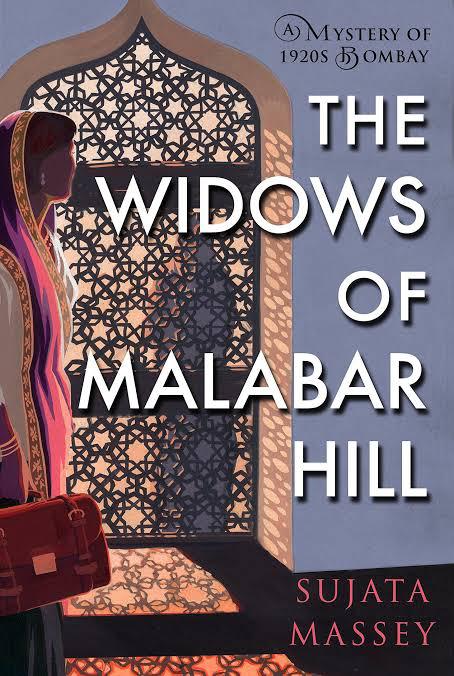 The Windows of Malabar Hills takes place, obviously, in Malabar Hills, a prestigious residential neighborhood in South Bombay. A murder mystery in a luxurious neighborhood? Sounds interesting already! But Sujata Massey goes one step forward, making Perveen travel from Taj Mahal Hotel to the Malabar Hills to the Mistry Residence. Reading it, one can’t help but wish they were alongside Perveen, helping her solve the case!

Shortlisted for the Man Booker Prize in 2012, Jeet Thayil sets his debut novel, Narcopolis, in the Bombay of the 70s. Those were the days of gambling, drugs, shady bars, pimps, and yet subtle hope for the future. Narcopolis has that going on in the forefront, as the narrator – after arriving in Bombay – is quickly lured into the opium underground. 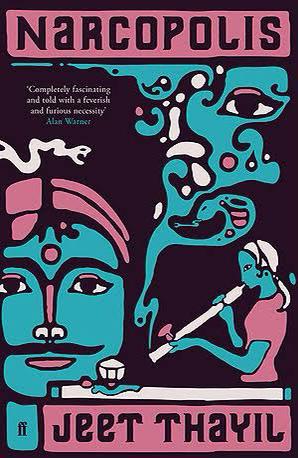 It is appalling to even imagine what that experience would be like, especially after five decades. Horrifying? For sure! However, the way Thayil describes the rich yet chaotic quality of the 70s Bombay is enough to convince you to go back in time and see it for yourself. That’s understandable because the author has partially based on the drug-addled years of his own life.

When one imagines British living in India – the title-less population, to be exact – the image comes attached with ballrooms, fine dining, and courting. What we see in Eden Gardens, however, is the little family of Maisy, her Mam, and Pushpa, the ayah, living in a rickety house in Calcutta. Mam entertains officers every night, her actions fuelled by alcohol and their poverty state. She believes Maisy, unlike her, would actually save their family name and fortune. 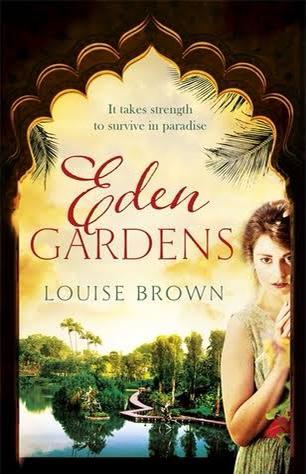 Maisy, however, finds herself more comfortable in the city’s bazaar and less-visited alleyways, speaking Bengali, instead of the ballrooms where she could bag a potential husband. What’s interesting is how Louise Brown portrays Calcutta during the Independence struggle. The key events of Indian history are blurred in the background, pinpointing the seemingly trivial things, such as the blooming flowers, the city’s favorite food, and the vibrant local life. Ah! The convenience of traveling back to the British Raj Era without experiencing that difficult life first-hand!

5. Teatime for the Firefly – Shona Patel:

Assam is one of the most picturesque states in India, filled with tea fields, wild forests, and the mighty Brahmaputra. Shona Patel’s Teatime for the Firefly is set in this enchanting place, but way back in the 1940s, where Layla, is trying to settle in her new life. Her new home is in the jungles – courtesy of her husband’s job as a manager at a remote tea plantation. It’s all fine for a while until their seemingly untouched lives are affected by the changing India. 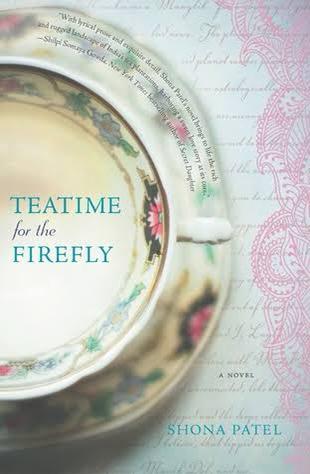 Patel pours her heart into the setting, describing the intense life at the tea plantation vividly, coupled with the jungle and its leafy sights, earthy smells, and eerie sounds. It works surprisingly well in contrast to the refined elements of the British culture present in the area. Assam might still be the same but the book does carry a nostalgic charm.

While Tishani Doshi’s Small Days and Nights does have that generic start of the protagonist moving someplace new, we see immediately that it’ll go down a way different lane. Grace has just returned to Pondicherry after her mother’s death, only to see she has inherited a house by the sea in Parakameni… and also the responsibility of a sister with Down syndrome. 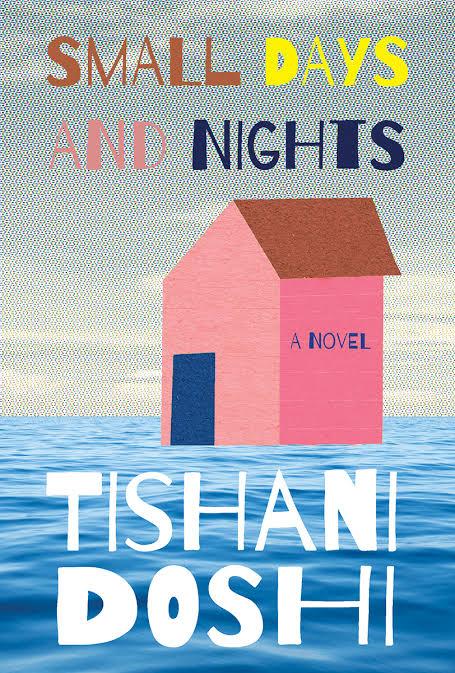 It’s a tricky situation to get along with a never-before-known sister but she tries to make it work. And when it becomes too much, Grace flees to Madras for weekends to have some alone time. Doshi paints two starkly different pictures – the seaside, rural calm, and the hustle-bustle of the city. What could’ve become a jarring read because of the different settings, however, becomes a soothing narrative capturing the place’s true charm.

Amitav Ghosh takes us on an adventure in his Award-winning novel, The Hungry Tide! A love story that’ll not fail to tug at your heartstrings, the author takes us to the Bay of Bengal, in Sundarbans. A wild place with man-eating tigers, the people there have actually managed to live at the nature’s will, instead of the other way around. It is in this place we find Piyali Roy, a marine biologist, trying to experiment. 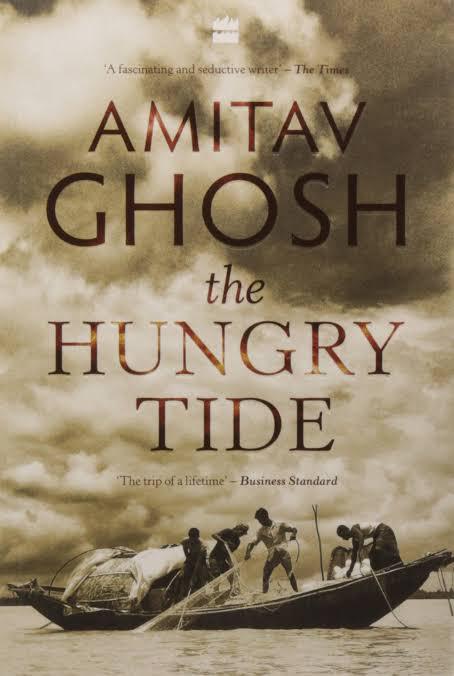 Life – or should I say the river? – throws her in the path of a Delhiite businessman and a local fisherman… and the story flows. The narrative jumps back and forth between the Sundarbans in 2004 and the Morichjhanpi massacre of the late 1970s. Whatever the background and themes might be, the past and the present Sundarbans in the books are so enchantingly described that one couldn’t want to visit there!

The British influence, the early effects of globalization, the government issues, or the personal problems – all of these factors could not hide how singularly enthralling the natural and cultural setting of the Indian cities was. There’s no guarantee that the next generations would even care to remember how amazing the old India really was. But you know what? We got these books to remedy just that!