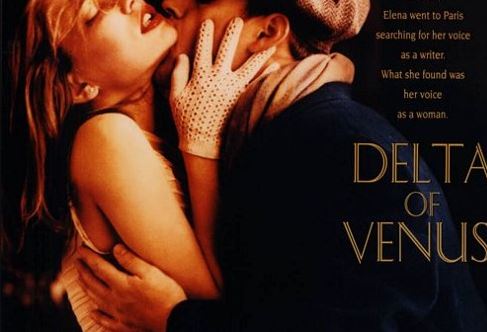 If there is anyone who rightfully deserves to be on this list, then it has to be Anaïs Nin. She was well-known for her erotica works, including her journals that expounded the details of her personal life, including her marriages as well as affairs. Her book, Delta of Venus, was published posthumously in 1977 and is an anthology of fifteen short stories. These stories, however, were largely written in the 1940s for a private collector, who had told her to produce this fiction for his private consumption. In her book, Nin brings forward a world of sex and its psychology, whose brutal and animalistic nature juxtaposes beautifully with the poetic language in which it is written. It is, simply put, an interesting read!

2. A Handbook for my Lover – Rosalyn D’Mello:

Meera, a young adventurous girl from a small town in Gujarat, is married off too soon and finds herself in a dead marriage, kept under control, not only by the people around her but also by the circumstances and the society. Until one day, she breaks free and tries to come to terms with lust, sex and longing – this forms the base of Sita’s Curse: The Language of Desire by Sreemoyee Piu Kundu. It is divided into two parts, where the first one shows Meera’s life before marriage and the latter shows her loveless marriage and her desires. It is a mature story, with eye-widening plot twists and graphic descriptions that surprisingly doesn’t titillate, but underlines the theme of women empowerment.

4. Play with Me – Ananth Padmanabhan:

When a friend suggested Ananth Padmanabhan – the CEO of HarperCollins India – write an erotic fantasy novel like Fifty Shades of Grey, he took up his suggestion and birthed his debut novel, Play with Me. The novel shows the characters of Sid and Cara, who are involved in a lustful affair. However, Cara already has a girlfriend, Rhea, while Sid is slowly falling in love with someone else altogether – Nat, birthing a complicated storyline. The narrative is filled with sensual, racy language defining themes of bisexuality, seduction, threesomes, love and pleasure. Considering that he is one of the few Indian erotica authors, Ananth has fared exceptionally well with his debut gem.

“Come, du-gāna, let’s press breasts to breasts and grind them

Let’s rub body to body and grind sandalwood that way”

Mary Gaitskill’s debut novel Bad Behavior is a collection of nine short stories, exploring the themes of friendship, modern love and lust and sex – all through her trademark provocative style. The characters in all the stories are present in varying levels of wild, brazen and rather forceful and still come across as highly realistic and relatable. Gaitskill has put together a collection where the stories seem so grounded in the society that they might be happening somewhere around us – but she adds a desirable and erotic quality to it. One of the stories, The Secretary – or at least, a watered-down version of it – made its way onto the screen in 2002, starring Maggie Gyllenhall.

Five stage performances, five ballet performances, three opera renditions, seven film adaptations and five television series, three radio shows and three inspired books – and the sole cause behind these various media adaptations is just one erotic, libertine novel, Dangerous Liaisons! Written by Pierre Choderlos de Laclo and published in 1782, it follows the story of ex-lovers, Marquise de Merteuil and Vicomte de Valmont who like to extract vindictive satisfaction from their wicked plans designed to seduce and exploit other people. It is written in an epistolary format, with no happy ending whatsoever – but in its journey toward that end, it comes with shades of eroticism that won’t be found anywhere else.

When people describe Tropic of Cancer as ‘notorious for its candid sexuality’, there is no question of it not being included in the list of top 10 erotic novels! Published in 1934, this brainchild of Henry Miller is a semi-autobiographical work, where he explores his life in the Paris of 1930s, full of debauchery and sexual exploits. The novel must have been difficult to digest for some, as it got banned from the US for being obscene for almost 30 years. There is no chronological story as such but narrates anecdotes, which mainly showed his sexual encounters with women, in his pursuit of exploring female sexuality – which translates to some tantalizing scenes.