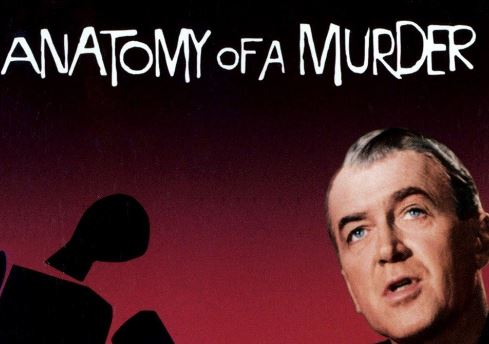 Angry lawyers. Insensitive judges. Jury panels that are hung. Totally innocent defendants: The best courtroom thrillers tell compelling stories about the power and limits of the justice system. From classics like 12 Angry Men to a dramatic new take on the genre like Just Mercy, these films inject a captivating cinematic touch to what might otherwise be a boring subject.

The pursuit of justice – which is often difficult to find in the real world – is at the heart of these films. These films, whether they represent the inner workings of military courts, civil litigation, or major criminal cases, raise important questions about the maxim “innocent until proven guilty.”

Here are 7 books to keep you hooked till justice is served- for better, for worse!

A time to kill

A Time to Kill, based on the novel of the same name by John Grisham, stars Matthew McConaughey as a defence lawyer for a black man from Mississippi facing the death penalty for shooting two white men who assaulted her little girl.

Carl Lee Hailey, played by Samuel L. Jackson, is a defendant who has the whole system working against him, from the all-white jury to KKK members protesting outside the courthouse. A Time to Kill’s enduring legacy is based on his exceptional performance, not his attempts to redress racial inequalities in the legal system, which is receiving a Hollywood makeover by accentuating the archetype of the white saviour.

Just Mercy is based on the memoir of Alabama defence attorney Bryan Stevenson about an appeal he filed for a black man sentenced to death early in his career. Stevenson is played by Michael B. Jordan, and his client, Walter McMillian, is played by Jamie Foxx.

McMillian was convicted of murdering a white woman in 1986 solely based on the testimony of a third party, and when Stevenson met him three years later, he decided to confront what he perceived to be a system. racist in trying to overturn McMillian’s conviction. In this gripping and well-crafted thriller, co-starred Tim Blake Nelson and Brie Larson.

In this rigorous and in-depth examination of private-sector malpractice, Mark Ruffalo plays a true corporate lawyer who decides to take on the chemical manufacturing company DuPont. Robert Bilott, played by Ruffalo, sued DuPont after learning that the company had deliberately deposited uncontrolled chemicals in streams near Parkersburg, West Virginia.

Dark Waters chronicles Bilott’s arduous and decades-long quest to achieve justice for the citizens of Parkersburg without relying on histrionic twists and turns. The film makes a strong point about giant companies like DuPont’s lack of legal accountability.

The anatomy of a murder

This play, which takes place almost entirely in a courtroom, was directed by Otto Preminger. James Stewart plays Paul Biegler, a former Michigan Upper Peninsula prosecutor who is hired to defend a soldier accused of killing another man in self-defence.

The result is a 160-minute documentary that shows how lawyers create cases, from acquiring evidence to advising clients. As the story progresses, Anatomy of a Murder sheds light on a crucial question: How is it possible to get the truth in court when the system is so easily manipulated?

Another biopic that delves into the legal system is The Hurricane. Professional boxer Rubin “The Hurricane” Carter is the subject of this film, who was wrongly convicted of killing three people at a club in 1966.

The film depicts Carter’s harsh incarceration for 20 years after his conviction, during which he fought valiantly to have his case overturned with the help of a few close friends and family. Denzel Washington plays Carter and his performance earned him an Oscar nomination.

A young Peter Fonda plays Abraham Lincoln in this classic John Ford photo on the 16th President event. The film follows Lincoln’s early years as a litigator in Springfield, Ill. When he founded his own law firm.

While President Lincoln’s transformation into a strong defence attorney is the subject of Ford’s film, The Young Mr Lincoln also highlights the title character’s nascent bond with his future wife, Mary Todd. However, much of the story and action in the film revolves around Lincoln’s first real-life case: the murder trial of two brothers.

“The truth is too much for you!” Rob Reiner’s military court drama about a young JAG lawyer who is tasked with conducting a murder investigation into the Marine Corps’ heinous hazing routine. Lt. Daniel Alastair Kaffee, played by Tom Cruise, is an inexperienced lawyer, and Lt. Commander JoAnne Galloway, played by Demi Moore, is his supervisor.

In A Few Good Men, Jack Nicholson plays Marine Corps Col. Nathan R. Jessup, the base commander where the murder took place, in one of his best-known roles. Tensions in the courtroom increase as Jessup’s role in the crime becomes clearer, creating a gripping drama.

‘The Firm’ and John Grisham novels have already whetted our appetite for legal movies, and finding the right one might sometimes become a difficult task. We’re pretty sure that you guys have seen quite a few out of this list, the list so now go devour the best of these (other) legal titles! We hope you’ve enjoyed this article, and let us know what you think in the comments section!

1 thought on “On screen legal fiction adaptations that make a statement!”