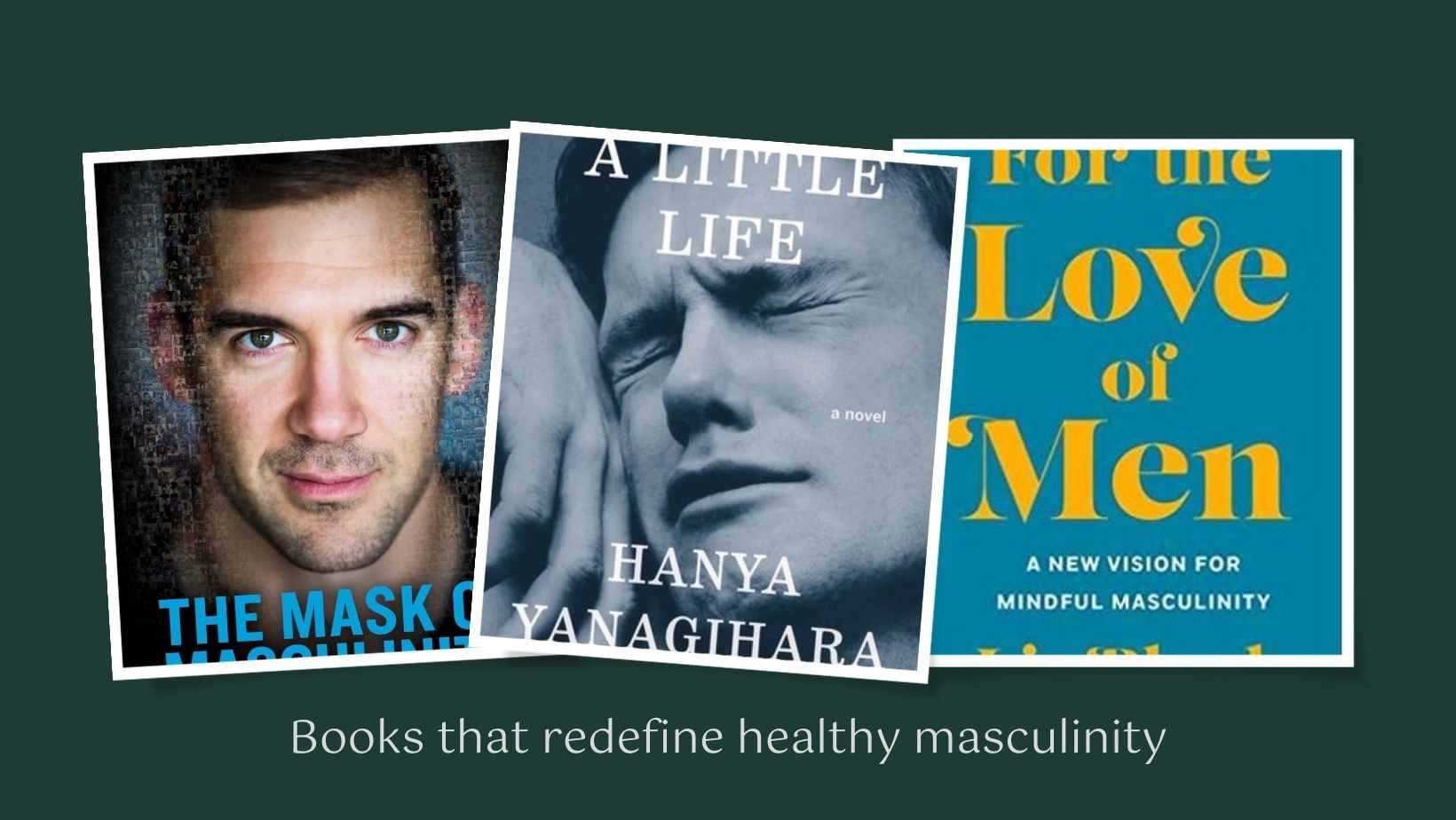 Toxic masculinity is the least talked about factor amongst all those that are flunking the collective attempts to make this world an equally decent liveable place for women. Or, may be, ‘toxic masculinity’ is just getting accepted as mere ‘natural trait’ of men. Sometimes… er.. every day we see various examples of how creepy DMs, misogynist comments, and verbal abuse goes unnoticed. Why are they deemed normal, go unnoticed, and considered mere hiccups in a women’s life? Is it because women silently endure them or are they internalized as – you know ‘they are men and they do this stuff.’ Is it time we redefine that these so called ‘natural traits’ are ‘eerie’? Redefining healthy masculinity or masculinity per se is long overdue. Healthy masculinity is one of the least campaigned issues but few literary works already embraced the subject. Here are just a few example literary works for you to explore the notion of healthy masculinity and learn what it is to be a ‘man’ :

“The mask of masculinity: How men can embrace vulnerability, create strong relationships, and live their fullest lives” is authored by record holding athlete and former professional football player, Lewis Howes. Howes discusses the toxic masculine traits and their impacts on men’s life and their personal fulfillment. He enlisted and elaborated ‘nine’ types of masks mankind generally hides behind. They include material, aggressive, sexual, stoic, joker, athlete, invincible, alpha, and know-it-all. Howes refers to various examples both in his personal life and from his podcast interviews, The School of Greatness, about how the pre-defined masculine traits pushed him into rethinking the value systems. 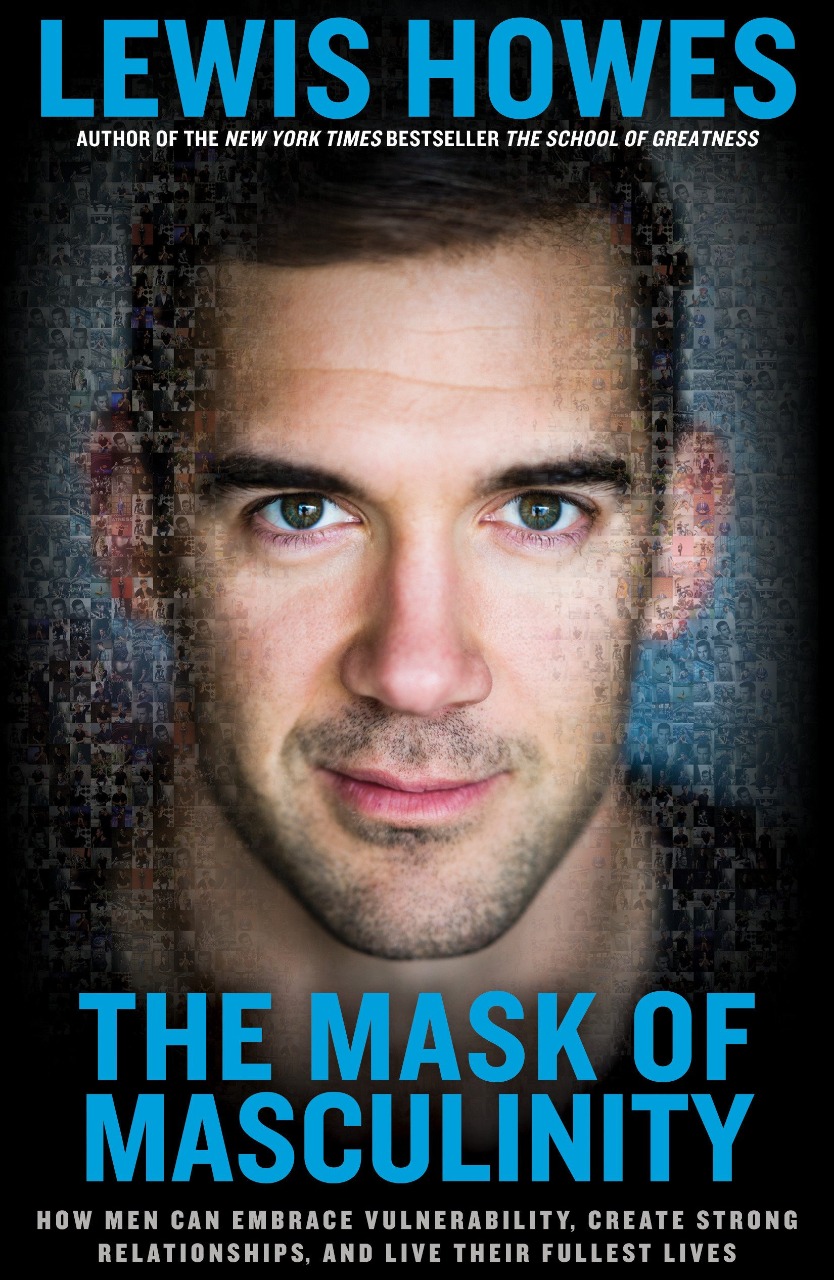 Howes earnestly brings forth many different masks all men don at one point or the other and ends each chapter with what lies behind the mask. As the title suggests, the books throws a significant light on what the society acknowledges as masculinity and deliberates on the things that become clear upon shedding these masks.

In ‘For the love of men,’ the feminist journalist Elizabeth Plank interviews different men to gather their perspectives on what constitutes the definition of masculinity. After interviewing men, Plank says that she realized that men don’t often talk about masculinity enough although they exhibit certain toxic traits in similar. Gender roles and traits are injected into our minds, right from our child hood. “Men don’t cry, men don’t play with dolls, men aren’t weak, men are the saviors,” are usually and most frequently heard notions about men. For women, who doesn’t know how to deal with their ‘overly masculine’ men and for men, who know what is wrong with their value system but don’t know what to do about it, “For the love of men,” leads the path. The reader is exposed to diverse opinions and perspectives on the subject that is least talked about in the public sphere from the lens of men themselves. 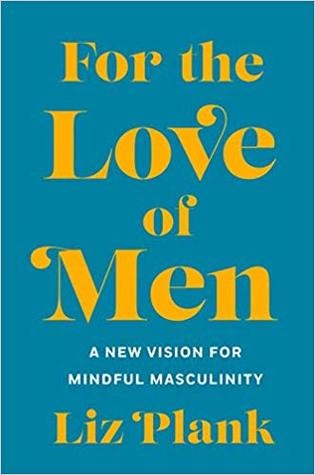 A Little life by Hanya Yanagihira is brilliant for many reasons. The story revolves around 4 male: 3 gay and 1 straight. As the world is already immersed in homophobia, the thick friendship between gay and straight men hits as a surprise and shock at the same time. The book reflects on various aspects of masculinity like ‘how men express their affection,’ ‘how they perceive their relationships’ and especially with 3 gay and 1 straight protagonist men the important question of ‘how the society approves of their relationship’ surfaces. 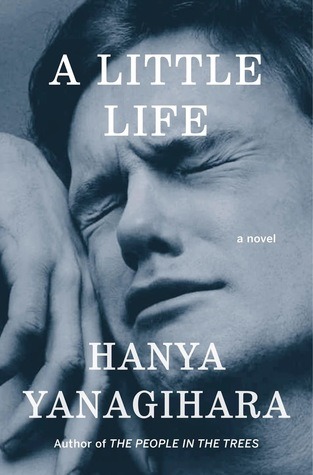 Besides societal stereotypes, men themselves don’t deem friendship with gay a worthy relationship at all. But, “A little life” shuns away all the stereotypes and prejudices to make the reader understand the art of embracing masculinity. I highly recommend this book to someone with narrow views and everyone must be exposed to the enriching experience that this book offers.

This novel by Harper Lee is widely read. But those who didn’t get the chance to lay their hands on this beauty, the story is set in a fictional town in Alabama around a fictional character, Jean Louis Scout Finch. Contrary to what the society believes masculinity, Finch’s father posses all the qualities of a human including compassion, love, wisdom, and humble nature. 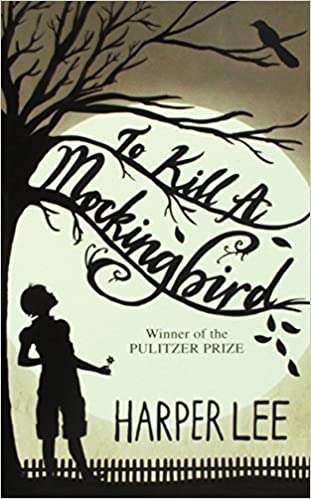 Most of the story also revolves around Finch’s father, Atticus finch, as she cherishes all her memories and moments she spends with him. Atticus had been a great father. He treated his children well with love and affection in contrast with the general ‘fatherly figure’ role portrayed everywhere.

Atticus Finch was an advocate and defended a Black man, Tom Robinson, who has been racially prejudiced. Although he was ridiculed and mocked for defending Tom, he didn’t give up on the case because of his compassion towards disadvantaged sections of people.

This book shows how men can be strong, determined, wise, brave and compassionate, peaceful, and humble at the same time. Atticus Finch is one character that is enough to break the gender based stereo typical views.

The book is a letter from a Black man, Coates to his son. In “Between the world and me,” Coates contemplates on masculinity and the associated traits. He talks to his son about struggles of their race and the struggles they face in racially-divided America. Yet, Coates says that he doesn’t want his son to be strong, rebellious, tough, and street; rather he promotes care, compassion, and love. Coates emphasizes on caring and compassionate masculinity. In this letter, Coates also throws very bright light on arbitrary notions surrounding masculinity and the traits associated. His insights prompt the readers to rethink the hegemonic notions promoted by the society and ingrained in the generations regarding ‘what constitutes masculinity?’ 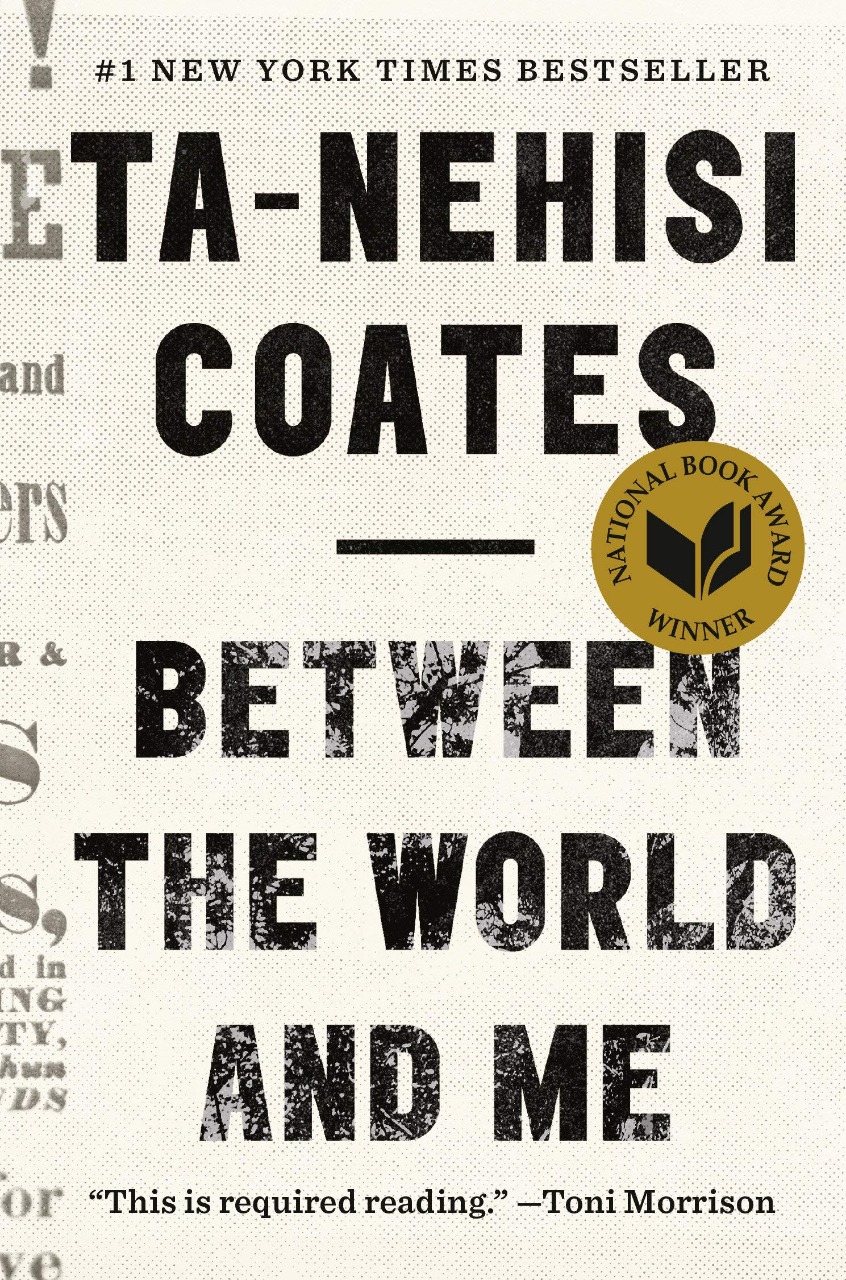 “Between the world and men” authored by Ta-Nehisi Coates is by far the beautiful interpretation and reflection on this complex subject matter. Coates has put it in rather a powerful way by making it sound like a commentary.

There aren’t many works in movies or web series or any medium for that matter, which discusses and distinguishes healthy and toxic masculinity. These books are perfect sources of enlightenment on this subject matter to both break the stereotypes and redefine what it ‘actually’ is to be a ‘man.’ Masculinity is not always about being ‘macho,’ ‘arrogant,’ ‘angry,’ and ‘strong’ rather, it comes in all shapes and sizes. But, does it stop there? Well, that is for you to discover from these books. If you find them informative, enlightening, and contemplative, do let us know in the comments section below. For more such interesting book suggestions and interesting reads, keep following Bookedforbooks.