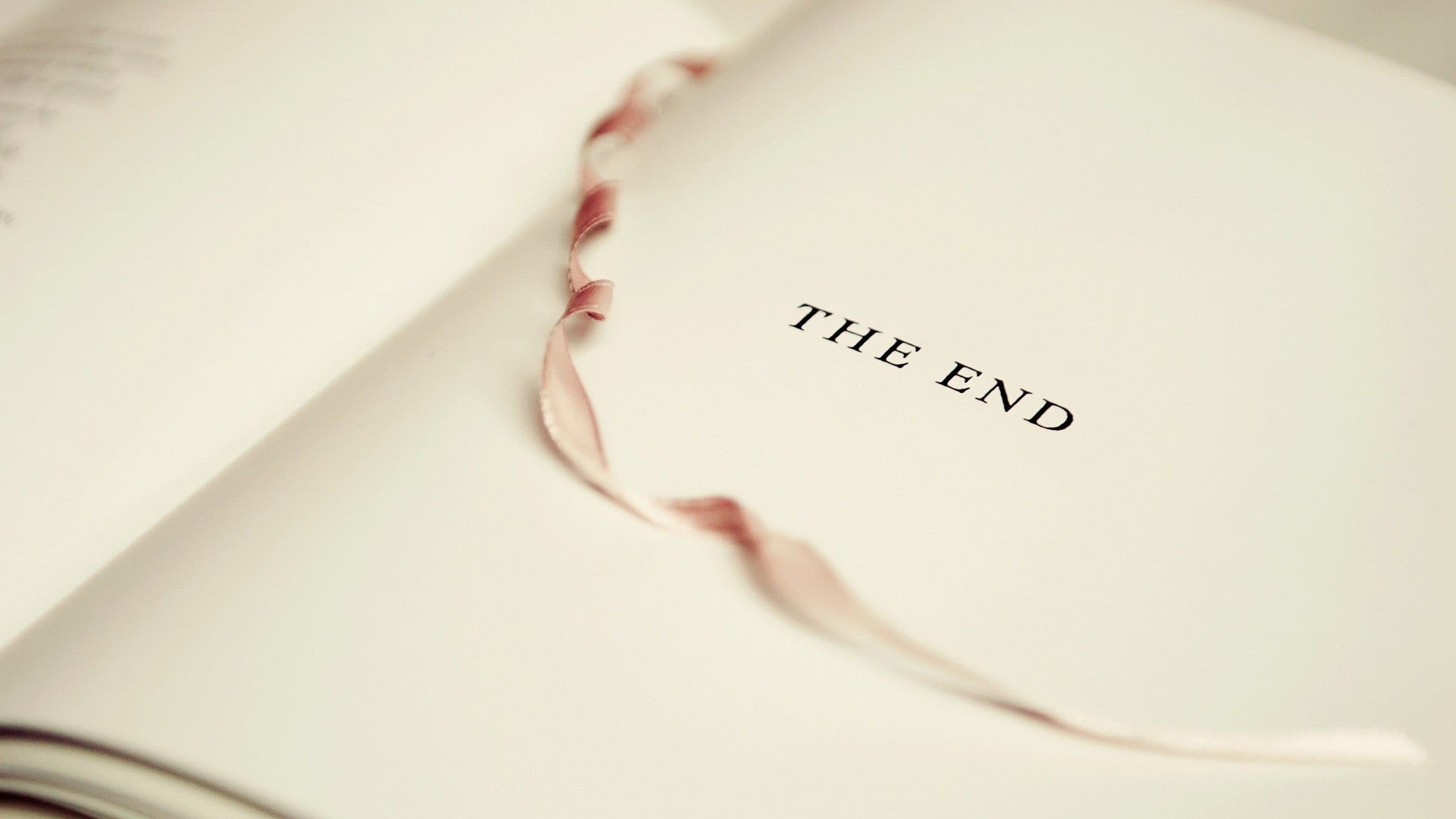 A novel with an exciting start (prologue, summary, or first chapter – you take your pick) is always applauded. But what happened to paying attention to an equally important element – the ending? The novel’s conclusion is a lot trickier to nail down than any elements of the book. Why? Because it is responsible for tying everything together and defining the reader’s experience of reading that particular book.

More often than not, authors inadvertently focus less on the ending and more on how well they write the story. However, what is the use if you can’t give a story its deserved conclusion? If this happens, your story will just end up being worse than Breaking Dawn (all that preparation for a war that never happened at the end. The Twilight Saga fans were robbed). 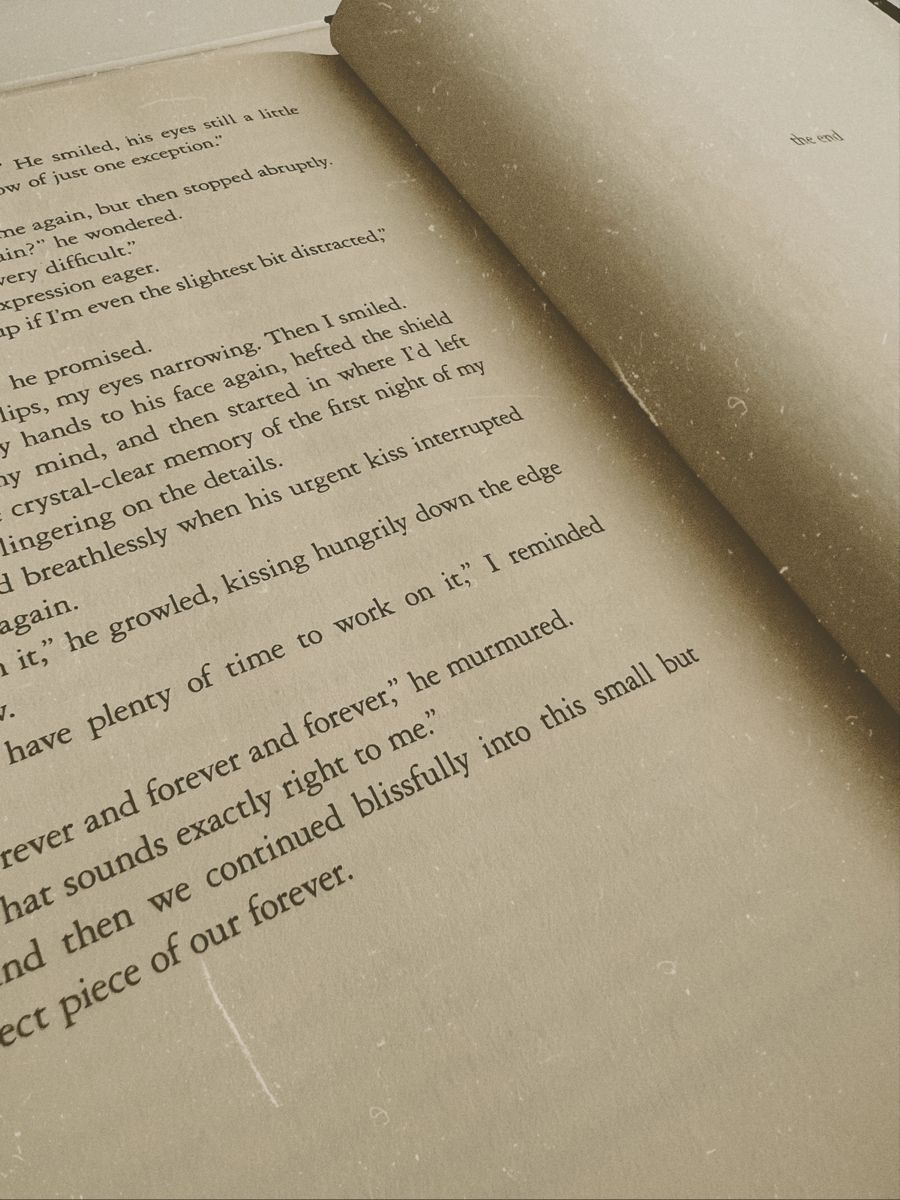 You must have heard people say – Who cares about the destination if the journey is beautiful? Well, that doesn’t apply if you want to write a satisfying ending to your novel! But what applies to it are the tips and tricks mentioned below.

There may be no wrong or right way to write an ending – but as a writer, you should be informed about the six ways a novel can end. Not to pressure you, but if you choose any of these endings and execute them flawlessly, it may sway the reader into becoming a fan of your book!

The readers usually think that a resolved ending is simply happily ever after. And to some extent, it may be true. But a resolved ending also encompasses all types of endings – a happy ending, a sad ending, a hopeful ending – as long as it offers closure. The confusions are given their answers, loose ends are tied up rather nicely, and the characters get their deserved consequences. Once the last word is read, the readers can put the book down without any questions itching at the back of their minds.

In an unresolved ending, the resolution is kept to a minimum. It may help make sense of the things mentioned earlier in the novel, but it creates more answerless questions that have the readers scrambling to know what happens next. As you would have guessed by now, a great example is the concept of a cliffhanger (which the readers have a hate-love relationship with). Putting in a cliffhanger in the end – especially if it is followed by a second book – helps to pump more curiosity among the readers. But the wait to finally get some answers is pure agony…

Unlike a resolved (or even unresolved) ending, an open ending provides an ambiguous conclusion to the protagonist’s story. There is no mention of what happens to the characters; the readers are left speculating about what-ifs. The author uses an open ending to give the readers a wide berth to build their own conclusions. And the most fascinating part is that whatever theories crop up about the final, they are neither right nor wrong. That means an open-ended book can have many interpretations since everyone’s thought process is unique. One thing we definitely know is that open ending novels drive English Literature students crazy!

The tied ending takes the phrase life comes to a full circle a little more seriously. The novel here proceeds in a cyclical format, where the start is the same as the end. Sometimes it’s metaphorical; other times, the author uses the story’s first line to conclude the novel. A certain amount of skill is required to execute this style, as you have to add clues, take the characters in a particular direction, and pull the story back to where it started – and these are only some of the challenges. No wonder this ending is perhaps the most poetic of all – and also quite challenging to write.

A staple in mystery and thriller novels, Unexpected Ending gives the readers a plot twist they definitely deserve. The characters lead the story in such a way that you finalize your own assumptions. And then, the authors pull the rug from under your feet and shove a new ending in your face. Whatever seemed out of place before but was inconsequential suddenly starts to make sense. Even if it is unexpected, the well-executed end seems satisfactory, leaving a good feeling in the readers’ minds. And that’s precisely why novels with unforeseen endings and plot twists are beloved by many!

In simpler words, Expanded Ending simply means the novel’s epilogue. It provides a sense of completion to the book in a different way than the other endings. The text may end resolved or with a few unanswered questions – the epilogue gives the idea of what happens later (and maybe provide some insight into the questions along the way). The setting, the narrator, the perspective – it can be literally anything you want, as long as the readers feel that contentment after reading the epilogue.

Pointers on how to write a satisfying ending

Working on your own novel? You’ve probably researched how to write it well–but if you need some extra tips and tricks to make your ending satisfying, read along!

The readers should be clueless about the end – that doesn’t apply to you, though. If you’re writing your novel, you need a general idea of what the characters will do and in which direction the story will go. That also means you know the ending of your novel. If you are aware, you have a higher chance of keeping the story interesting until the end. Undoubtedly, many writers have the rare skill of letting the writing flow without planning the manuscript. But if you’re not one of them, plan everything as much as possible before writing!

No one likes a book that leaves you floundering around for answers. What happened to that guy? Who will look after that little issue? Do you like having these questions when reading a particular novel? No, right? Then your readers won’t enjoy it either. Scour through your story to see if your end justifies the developments in the narrative. If need be, rewrite the ending or scrape some unnecessary subplots. Unless your book is the first instalment of the series – only then is it acceptable to leave some developments unfinished. Those can be picked up in the next book.

Every writer knows this but sometimes tends to forget the fact that the characters are the story’s driving force. Not the plot, not the structure and definitely not the writing style. It is the characters’ actions that lead the story wherever the writers want it to be led. And that means putting your characters through difficult choices and trials, so they know their strengths and weaknesses – you can use that to make the end more poignant. It will benefit greatly if you focus more on the characters instead of the other elements. They are in the centre of the conflict, after all.

We all know how Cinderella’s story ends – but if you see the plethora of movies inspired by the fairy tale, you’ll see each of them is fresh. How? Because the story was tweaked uniquely. That’s what you will be doing too. The conclusion may be happily ever after or a criminal getting caught – but as long as you keep your writing lively and fresh, the readers will be pleasantly surprised, even if they expected it. To achieve this, read your story as if you’re a reader. Edit where it becomes monotonous, give information slowly and subvert the supposed expectations. Your finale will seem as fresh as new!

This is more of a trial-and-error point than a demand. The end – whichever you are going for – should be able to induce some feeling in your readers. It doesn’t matter what the emotion is as long as the readers feel the last pages intensely. It is proof that the readers were invested in the story and the characters’ actions. To accomplish that, try to imagine that you are that protagonist – write whatever you feel after placing yourself in their shoes. Every writer knows that spark of writing something right; you can’t rush an ending if you want to make it intense. Wait for that spark!

There are many ways to give a resounding finale to your story. In summary, a good ending quietens the conflict, provides a hopeful picture of the character’s development and makes the book memorable. More importantly, it ensures that the reader experiences a cathartic feeling when they shut the book. But if you want to achieve that, start working on that draft already!