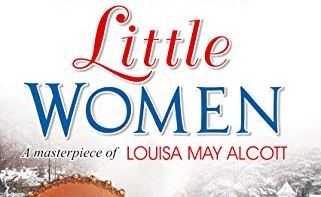 The family has always been the focal point of any individual’s life; it’s the first social group we are exposed to, that prepare us for our future. Family is made of different shades – loving, nurturing, caring and even disastrous, spiteful and bitter. Mother-daughter, sister-sister, brother-sister, father-son, there are so many relationships in a family. Many writers – having found these precious bonds realistic but intriguing – have incorporated them in their novels, some of which are given right below!

This classic can be called a classic tale of sisterly bond! Little Women, by Louisa May Alcott, is an 1869 novel that follows the lives of four sisters, Meg, Jo, Beth and Amy as they manoeuvre from childhood to womanhood. Alcott has based the March sisters on her sisters, which is probably why the accounts seem even more real, almost semi-autobiographical. The girls sport extremely different kinds of personalities – Meg is vain, Jo is easily angered, Beth is extremely shy while Amy has materialistic values – and yet, four of them can’t live without each other. Obviously, some skirmishes happen amongst them from time to time, but the sense of family, love and sisterly bond lingers throughout the novel – even after marrying and having children!

There is nothing – absolutely nothing – that a mother won’t do for her child. Emphasizing this fact is Betty Mahmoody’s novel, Not without my Daughter. It was published in 1987 and is a biographical record of the author’s times in Iran in the early 80s. Betty is in a ‘loving’ marriage with Mahmoody, an Iranian doctor who offers to take her and their daughter, Mahtob, for a family vacation in Iran. Betty agrees, but after the two weeks are over, she realizes with horror that her husband wants them to stay here for the rest of their lives.

Betty and Mahtob are now trapped in a highly religious and patriarchal place, with no support from anyone else. It is Betty’s perseverance and determination that gets them out of Iran, a journey that promised neither safety nor guarantee. And yet, she accepts the danger, so that she can get her daughter to a familiar and safe place. If this book doesn’t show you the power of a mother’s love for a child, I don’t know what will!

And here’s another book on sisters, because that is one of the most unique bonds to ever exist in the family. Sister is an underrated piece, written by Rosamund Lupton in 2010. Beatrice, the older one, is seen living in New York, working in a dull job and living with a dull fiancé. Opposite to her is her younger sister, Tess, who lives in London, has no problem pursuing a chancy but artistic career and living life to the fullest. The only thread tying these two extreme personalities is their sisterly connection.

So, when their mother informed her that Tess is missing, that thread pulls Beatrice back to London. Beatrice, or Bee, disagrees to believe that Tess could commit suicide – which propels her to find the killer, unveiling secrets she didn’t expect to find. While the story is a suspenseful murder mystery, the love the sisters shared – incidents of which are peppered across the narrative – is rather heartwarming to see!

Arundhati Roy stepped into the literary world with The God of Small Things and bagged the Booker Prize in 1997 with the tale of two mysterious fraternal twins, Rahel and Esthappen. The story prominently focuses on the life of their mother and her turbulent love affair with a lower caste man. However, what makes the novel even more interesting to read is the way the story is told – through the employment of a non-sequential, third perspective narrative. Such a complex narrative is balanced with the siblings’ childish innocence, as they are the ones telling the story and colouring it with their own emotions.

In the end, Esthappen and Rahel – though in a slightly weird way – realize that the only ones that can understand them, their past and their thoughts are each other. And this realization is something every sibling can agree with!

Jhumpa Lahiri is a well-known name in the literary world and coincidentally, his debut novel talks about familial connections, including that of a married couple, father-son and brother-sister, among others. The tale starts with a Bengali couple moving to Massachusetts, trying to survive in a new place while also forging a relationship with each other. A problem arises when Ashoke decides to name their child Gogol, which he later comes to hate.

Gogol drifts apart from the family and tries to make a new identity for himself, only to come back to his roots – to his family – at the end and appreciate them. The Namesake is a unique story, talking about how different personalities come together in this social unit, who might not be compatible with each other, but still stick together – because they are family!

It is so heartwarming to see fathers appreciating their fathers – that’s a rare thing to experience! In Tinkers, Paul Harding talks about how a former watch tinkerer, George Washington Crosby, remembers his father while on his deathbed. His father, Howard Aaron Crosby, was also called a ‘tinker’, i.e. a man who fixed everything. This hard-working salesman was anything but a salesman, a quality that pushes him into poverty and inadvertently drives him away from his family.

George, who had harboured bitter-sweet feelings for his father all this time, now understands his father and is presently ready to forgive him for his eccentric lifestyle. Tinkers might be an exploration of identity and consciousness; but more importantly, it is a beautiful narrative of the way a man would think of and respect his father.

There are two reasons why The End of the Ocean is an even more interesting book than the ones mentioned here. Firstly, it obviously talks about an important familial bond, i.e. of father and daughter and secondly, it also realistically explores the future of climate change. It’s the year 2041; Southern Europe is not only war-torn but plagued by excessive drought; David and his daughter, Lou, in this setting, have been separated from the rest of their family and are trying to seek a safe haven.

They encounter, in their long and treacherous journey, an abandoned sailboat in a French town, which belongs to Signe. The two then come to terms with the new normal while dreaming of reuniting the family and being safe and sound together. What strikes the most about this book is the love and protective feeling David has for Lou, making it a really gratifying read.

Not all the bonds in a family are based on love and respect – sometimes, toxicity overpowers that relationship. Exploring this condition is Lionel Shriver’s novel We need to talk about Kevin, where Eva Khatchadourian, 15-year-old Kevin’s mother, writes letters to his father, Franklin to tell him right from Kevin’s childhood to the school massacre he conducted. Eva quits her successful career in travel writing to look after Kevin when he was born, only to view Kevin as a detached and difficult child.

Her apparent dislike is not only disregarded by Franklin but also fuels Kevin’s manipulative behaviour. Kevin becomes uncontrollable to the point that he kills his father, sister and around nine people in his school because he heard his parents discussing divorce. But even after all this, in the end, Eva quotes how she still loves Kevin and wishes him to come back from prison. Now that’s some ultra-level motherly devotion!

Family is such an important part of any person’s life. Literature is not only bringing this element into the limelight but also presenting and celebrating it in such an appealing way!

Share
Tags: Little women, Not without my daughter, Sister, The End of the Ocean, The God of Small Things, The Namesake, Tinkers, We Need to Talk about Kevin